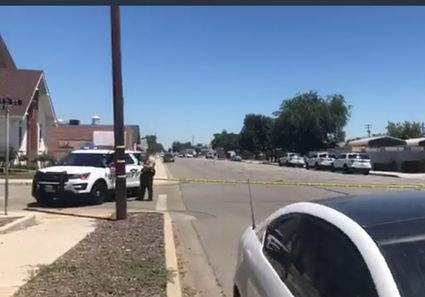 A man is dead after a stabbing on F Street Wednesday.

Detectives were investigating the scene Wednesday after a report of a possible homicide.

When deputies arrived, they located a deceased adult male, with multiple stab wounds.

Ortega was described as a Hispanic male, 6 feet tall and 160 pounds, with black hair and brown eyes. He wass believed to be driving a light-colored 4-door Honda sedan with a dark-colored passenger side door and hood, license 5PRT838.

He was last seen in the area of Lincoln Street and Haley Street in East Bakersfield. Anyone with information is urged to contact the Sheriff's Office at 661-861-3110 or the Secret Witness line at 661-322-4040.