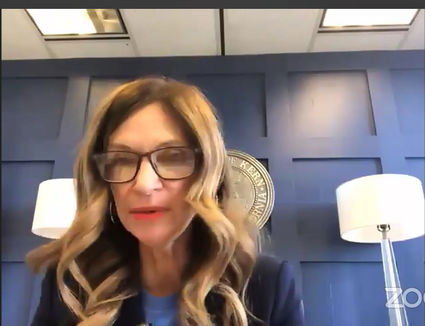 Comments from City Council members and the public were discussed in detail regarding the use of illegal fireworks being lit, especially in the evening and at nighttime.

At the meeting Tuesday, June 16, the council was joined by Public Information Officer Andrew Freeborn of the Kern County Fire Department, who assured the city that the KCFD was stepping up its efforts to catch those using illegal fireworks.

Kern County Fire Department Deputy Chief Aaron Duncan was present at a council meeting during the early part of June, when fireworks complaints were beginning to come into the city.

"We are creating an educational program for citizens advising them they are breaking the law when they let off fireworks," Freeborn said. "We are printing doorknob signs to go on everyone's front door."

A listener called into the meeting and suggested that while an educational program could help, he felt that citing the lawbreakers would be more of an incentive to stop setting off fireworks.

Battalion Chief Joe Appleton and Freeborn called into the meeting and suggested that while an educational program could help, they felt that citing the lawbreakers would be more of an incentive to stop setting off fireworks.

City Manager Daniel Ortiz-Hernandez told the council members that historically, the Kern County Fire Department enforces the use of fireworks by regular patrolling; however, fireworks have been going off since the middle of May and the residents are letting City Hall hear about it.

He said that because the city and the KCFD are still abiding by Covid-19 protocols, to many, it appeared that the Fire Department was not doing its job by monitoring the use of fireworks; however, with the relaxation of the quarantine, regular inspections will begin.

The city has provided a method by which residents can make complaints about fireworks by going online to the city website to file a formal complaint or calling the Wasco substation's nonemergency line, 661-758-7266.

Freeborn also updated the council on the fire at the former farm labor camp on Monday that began at 7 a.m. Building #105 was on fire with a lot of black smoke pouring out of the ceiling.

"There was no one in the building and one fireman was injured," he said. "We believe it was a transient who set the fire."

Firemen on the scene used axes to break apart the wood-covered windows and break the glass to let smoke out for better ventilation.

He also mentioned that the building is soon to be demolished.

Power will be cut from the camp when the 60-day extension period for relocation has expired. "There is power to 220 units, and it will all be turned off," Ortiz-Hernandez said. "This means that streetlights will also be off."

Mayor Tilo Cortez mentioned there are still seven people living at the camp and waiting to be placed elsewhere. "Two of them will be relocating," Cortez said. "They will be picking up their keys this week."

As Ortiz-Hernandez gave a virus update, he asked the council members how they felt about re-opening transportation services. "I don't think it's a good idea to open Dial-A-Ride," Mayor Pro Temp Danny Espitia said.

Councilmember Alex Garcia said that since it is still the first wave of the virus, he feels uncomfortable about opening the service.

"I don't think we are ready to open Dial-A-Ride," Cortez said.

Councilmember Gilberto Reyna agreed with Espitia, and the council decided to err on the side of caution by not re-opening the service when the city re-opens its offices in July.

Ortiz-Hernandez then gave an update on water wells. 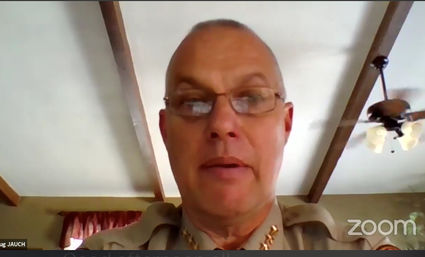 "Well #14 is open and online since June 16," he said. "We are beginning repairs on the other two wells."

Sergeant Peter Martinez told the council that the sheriff's substation opened its office June 8, with 8 a.m-5 p.m. hours. The substation is closed on the weekend.

Martinez also alerted members to a scam targeting elderly Hispanics by calling them and telling them a family member has been kidnapped and that they need to send money to a special place. Martinez said that he was able to prevent one resident from falling for the scam.

He is also campaigning for residents to register their home cameras so the department can get help in solving crimes. "We only have 13 registered cameras, and I want to triple that this summer," he said.