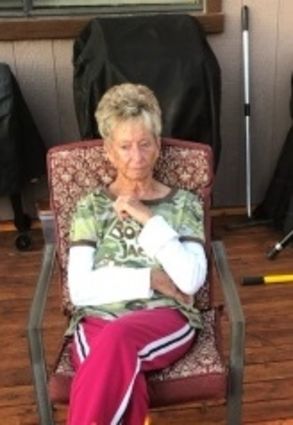 Shirley graduated from Shafter High School, where she met her first husband, Kenneth Walker. She moved to Lompoc. where they had two children together. Brent Walker and wife Pamela of Bakersfield and Kim Barbour and husband Clyde II of Bakersfield. After five years in Lompoc, they moved to Pond to work on her dad's farm. The marriage ended after 25 years.

Later, she met a gentleman by the name of Joe O'Dell, who had two daughters of his own from a previous marriage, Cindy O'Dell and Mindy Sandoval. They fell in love and got married a few years later. They resided on the family farm in Pond for 28 years of marriage until her untimely passing.

She is preceded in death by her father, mother and brother. She is survived by her brothers Ron and Don Mettler, her husband Joe O'Dell, her children and stepchildren Brent Walker, Kim Barbour, Cindy O'Dell and Mindy Sandoval, seven grandkids and five great-grandkids.

Throughout the years, Shirley did many things. After getting married she was active in softball and volleyball. With us kids in school, she was always there helping out in the classroom for parties or fund-raising carnivals. She loved to make quilts and blankets for friends, family members and baby showers.

She spent many years gambling with her mother at Eagle Mountain Casino. One of her favorite things was family gatherings, where she could play with the grandkids and later the great grandkids.

She especially liked our family tradition that we did for 18 years, which was camping on the beach at Oceano Dunes for the week of Thanksgiving with family and friends. She loved to make her specialty items for gatherings, which were German buns called zwieback, potato salad, peanut butter-chocolate-oatmeal cookies and, of course, her famous cherry cream pie with a homemade graham cracker crust.

Finally, there is the cabin in Pose, Calif., where her and Joe would go to escape the valley heat and meet up many friends that they made over the years. She was deeply loved and will be missed by family, friends and all who got to know her.

A viewing was held at Peters Funeral Home on June 18, with a graveside service June 19 at Shafter Memorial Park.