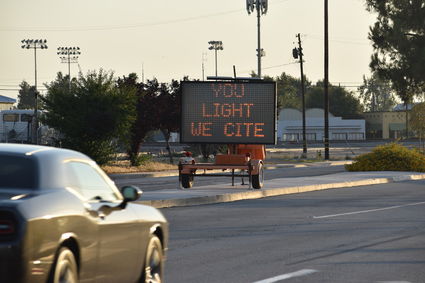 The Shafter City Council held a special meeting this week to assist the Police Department in their fight against violators of illegal fireworks ordinances.

On Thursday, June 25, the council voted unanimously to approve a resolution that would cost those citizens who shoot off or have possession of illegal fireworks $1,000.

City Attorney Marco Martinez addressed the council and said that there are different ways that violators can be pursued. "There is the criminal route, in which the Police Department presents the District Attorney's Office with a report and the violator is charged with different code violations," he said. "There is also a civil avenue that can be lengthier and can result in monetary penalties for violations."

The proposed resolution presented to the council would give the police the authority to issue violators a $1,000 fine. The violator would have seven days to pay the fine. The fine can be the result of the person or persons lighting off illegal fireworks, being in possession of illegal fireworks, or owning the property on which the fireworks are being shot off. 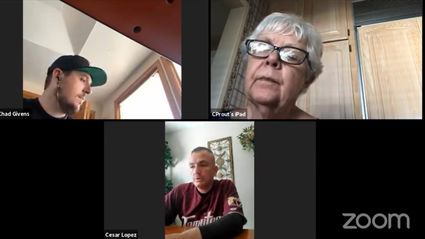 Council members voted to approve a resolution that will mean larger finest to fireworks violators.

Martinez said the problem this year has escalated from previous years and is still getting worse. He also said the problem is difficult to enforce. In years past, those people who have even been found using or possessing illegal fireworks faced a fine of only $50, which did not serve as a deterrent. According to Police Chief Kevin Zimmermann, the danger of illegal fireworks is not just the threat of injury, but there is also a risk of property damage, including the chance of a burning ember landing on a roof or a field. "It is also dangerous for residents' pets and their owners as they try to deal with the ongoing problem."

Zimmermann added, "We are hopeful that with the real risk of facing a sizable fine, that this resolution will serve as an effective deterrent to this problem."

With Zimmermann reaching out to the public recently, asking those who have information on violators or actually witness the activity, and the hefty fine for violators, the city is taking a stronger stance that they hope will result in a quieter holiday weekend.

City Manager Gabriel Gonzales mentioned to the council that there are digital signs in Shafter that are letting the residents know that they will take action. "The signs say 'You Light, We Cite.' It follows that message with the number of the Police Department that can be called to report those who do not heed the warnings."