From the archives of The Shafter Press 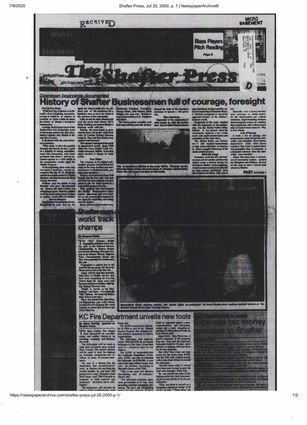 Ralph Fruguglietti, also known as the “Big Kahuna,” was ranked first in the world in his age group in the discus and second in shot put, at the National Masters Championships in Eugene, Ore.

The Kern County Fire Department upgraded its Shafter fire station to a five fire fighter station. The increase was due to Shafter’s population growth.