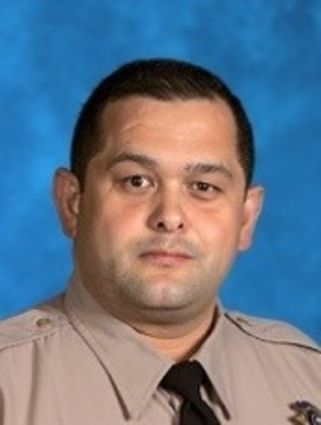 Martin Rodriguez was born in Mexicali, Baja California, Mexico, on April 9, 1977, to parents Encarnacion and Lidia (Zavala) Rodriguez. His family moved to Shafter when he was still young; he attended local schools and graduated from Shafter High in 1996.

Martin married his life-long love, Marina (Martinez) Rodriguez, in Shafter, on Dec. 12, 1999. Shortly after, the couple moved to the Antelope Valley area, where they started their family and Martin worked as a manager at Costco before he began a career in law enforcement.

In 2019, they moved to Tehachapi, where he was stationed with the Kern County Sheriff's Department. Martin felt called to serve others; he loved his job. He was also passionate about collecting guns, and recently started collecting knives as well. Martin was a fun guy to be around; he was very sarcastic and loved to laugh. He enjoyed nice things, and when he purchased items, he was always concerned with quality over quantity. Go big or go home!

Martin is survived by his wife of 20 years, Marina; their children, Little Martin, Faith and Achilles Rodriguez; his parents, Encarnacion and Lidia; one brother, Jesus Rodriguez, and wife, Christina; and a nephew, Nathaniel.

Online condolences to the family may be made at PetersFuneralHomes.com.