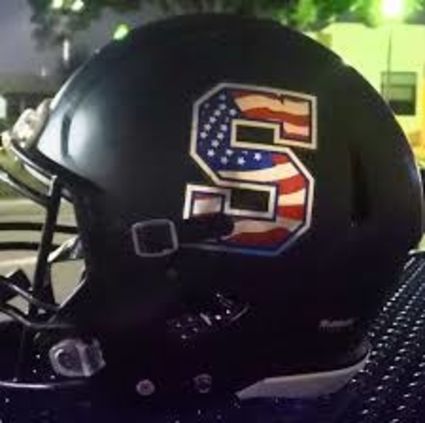 Football practices are scheduled to begin on Dec. 14.

The pandemic, which cost last year's high school seniors their chance to compete in the spring sports season, will sideline fall sports as well.

The California Interscholastic Federation has ruled that all fall sports in the Central Section will have their seasons delayed until the winter quarter, with football, soccer and volleyball scheduled to begin their seasons in December.

With the late start to fall sports, the ruling makes it difficult for those students who usually compete in more than one sport. With practice schedules and league seasons modified, the fall and winter sports seasons overlap. Football, volleyball, soccer and cross country teams can begin practicing on December 14 with their seasons running into April. The playoffs for football will begin in March with the championships scheduled for April 17.

Winter sports will be able to start practice during their regular calendar, but the playoffs will be pushed to later in the school year. For example, softball, basketball, baseball and swimming will see their seasons go beyond May and into June. Championships for those sports will be determined on June 19, with swimming on May 29 and wrestling on June 5.

This option, for most, is still better than having to cancel the seasons altogether. Football teams will begin practice on December 14, with their first games scheduled for January 4.

Principal Russel Shipley said, "Through these challenging times we are excited to have a decision and plan put in place for our athletes."

Shipley also said the students' health and safety are always the top priority. He said he wishes school activities and athletics were back the way they had been, but that he understands the safety and health of all of the kids are the most important thing.

"This basically means that all fall sports will move to the winter season of sport, and all winter sports programs will be joining the spring calendar."

Shipley said that the school will try to be flexible and to creatively support all of its athletes. "For example, the challenge of a multi-sport athlete presents additional demands on the athlete and the program, as we will need to all work together as a Shafter family to make sure that each and every student has the opportunity and path to success," he said.