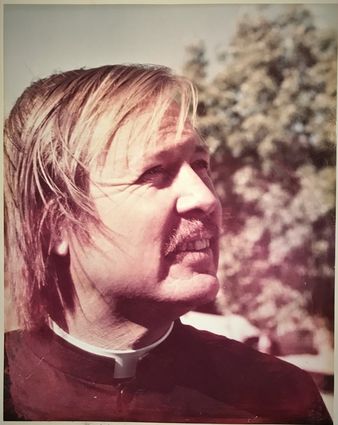 Kenneth Lee German, born June 1930 in Burbank to Alfred Edwin German and Margrethe Sofia Hoffing, went home to be with the Lord July 12, 2020, in Camarillo at the age of 90.

He graduated from Antelope Valley Joint Union High School and was attending Antelope Valley Junior College when the Korean War began. He enlisted in the U.S. Navy on Oct. 24, 1950. He was engaged to high school sweetheart Charlotte Belle Holmes at the time, and they married Dec. 31, 1950.

After being stationed at Barbers Point on Oahu, the family returned to the mainland in 1954, where Kenneth worked as a truck driver. He completed a bachelor's degree at Cal State University Northridge and eventually an MDiv from Church Divinity School of the Pacific in Berkeley in 1966.

He was ordained to the priesthood March 12, 1967, at St. Paul's Episcopal Cathedral, Los Angeles. He faithfully served his God as vicar/rector at St. Andrew's, Ojai; Christ the King, Palmdale; St. Andrew's, Mariposa; St. Thomas's, Avenal; and St. Mark's, Shafter. He was also interim/associate at St. Philip's, Coalinga; All Saints, Bakersfield; and St. Andrew's, Taft; as well as chaplain at Edwards Air Force Base.

He and his wife were residing in a retirement facility in Oxnard at the time of his death.

Gifts or remembrances may be sent to St. Andrew's.