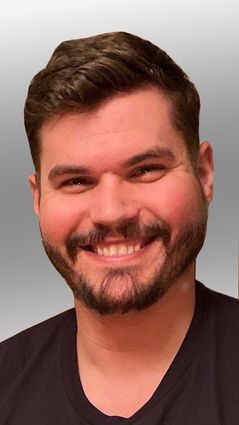 Travis Weston Unruh was born on October 22, 1989, in Bakersfield, to Timothy Warren and LaVonne Beth (Janzen) Unruh. He was received in heaven on July 31, 2020, by his Lord and Savior.

He was the second child in a family of two children. Travis accepted Jesus as his Savior at an early age. He attended North Kern Christian School and graduated from Shafter High School in 2008. He attended Tabor College in Kansas for three years, returning home to work at Second Amendment Sports in Bakersfield.

In 2016, he married Heather Bandy and settled in Wichita, Kansas. The marriage lasted three years. In Wichita, he worked at Donovan Cadillac for a time and at Range 54. Travis really loved people and had a passion to help those who were hurting. He had many friends and cared for them all. Travis enjoyed living in Kansas, a “free state” as he called it. Those at Range 54 were very special to him, and they became part of his family.

Travis Unruh was preceded in death by his grandparents, Lon and Mame Janzen, J. Waldo and Esther Unruh, and his cousin Craig Unruh. He is survived by his parents, Timothy and LaVonne Unruh, and sister Stephanie (Unruh) McCaslin, her husband, Dustin, and their children, Faith and Luke, along with numerous aunts, uncles and cousins.

A graveside funeral will be held at Shafter Memorial Park, on Monday, Aug. 10, beginning at 10 a.m.