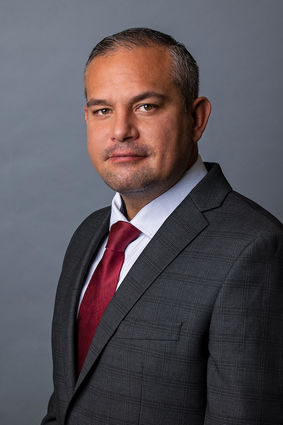 Martinez states that he is passionate about several areas for Wasco residents such as public safety, job creation, crime, and air quality.

"I love the diversity our community brings to the table," Martinez said. "Few communities are as integrated as our small town across all racial, educational, religious and economic backgrounds. Whether you work in the fields or you own the farm, I love the way we all interact with each other."

Martinez currently serves as vice chairman of the Measure X Advisory Board, previously served as chairman of the Wasco Recreation and Parks District, helped establish the Wasco Sheriff's Activities League and served as a career technical advisor at Wasco High School.

"I am extremely proud to have worked closely with the Orange Heart Foundation on numerous events the last few years," he said. "I have also coached youth sports in Wasco in the past."

He feels that job creation is a top priority. "Not just any jobs," he said. "But jobs that pay well enough to support a family."

Martinez said he brings a unique perspective to the council as someone who grew up in the Poso Arms Apartments and worked his way into being a small business owner. "I can empathize with people of all walks of life," he said.

Martinez has some strong feelings about the High Speed Rail. He believes it's one of the biggest mistakes California has made because it has been severely mismanaged and will end up going bankrupt because no public funding may be used to support it. It has to be self-supported. He envisions hundreds of miles of abandoned tracks and eyesores for cities across the Central Valley.

Martinez touched upon the subject of city fees and stated that no matter what the fees are, the residents will feel they are too high. However, while he understands that the city's fee schedule is not as high as other cities, fees are what allow the city to continue providing services to its residents.

Florirene Olvera was born in Delano, but raised in Wasco.

"Together we have faced so many new challenges in 2020," she said. "These unique times present the opportunity for innovation and momentum for a brighter future for our city and children of our community."

Olvera loves interacting with neighbors and friends and believes this creates a warm and inviting feeling of community. She is humbled and appreciative of being raised with the ability to socially interact and keep up relationships while social distancing.

Olvera is advocating public safety as her top priority.

She said the High Speed Rail, which was approved years ago, has become a situation that needs to be re-evaluated and addressed on many levels including the deal that was initially made.

She would also like the train to stop in Wasco, however, she realizes that would have to be worked out and in place before full support of the High Speed Rail is given.

"Air quality is a large issue and will take a lot of decision-making procedures and discussions for all to come to an agreement about such a task," she said.

She also doesn't believe the city's fees are too high at this time.

Olvera has been a board member for the Wasco Housing Authority as well as assisted in other local elections.

Being born in another country has not stopped Jang Han (John) Kim from becoming one of the busiest young people in Wasco.

Kim was born in Korea and attended Thomas Jefferson Middle School and graduated from Wasco High. He also attended University of California, Berkeley.

Kim has an entrepreneurial spirit as he has attempted several different types of business ventures. He currently runs the Wasco Super Store on 7th Street with his mother, and he was one of the four original members of the Downtown Business Association along with Camilo Vasquez, Biri Bishop and Tania Cordova. Kim has been involved with the Orange Heart Foundation during several of their nonprofit fundraising events.

He considers himself an independent and is a moderate. "I'm a fiscal conservative but socially lean toward being liberal," he said.

Kim is a problem solver and is confident that he can boil problems down to their core. He began running for City Council with a focus on the downtown area of Wasco and wants to make it an inviting environment that not only looks good, but is appealing to business owners. "Every aspect of the city can be improved," he said.

He wants the city to create a zero carbon footprint and be completely sustainable with comprehensive community programs that include high-quality education and zero crime within the city.

He would like the police to work in conjunction with social programs and can visualize a transformation of the prison into a college/orphanage/assisted-living community center that can teach any age and takes care of those in need.

Kim has been heavily involved in the Wasco Festival, Farmers Market, the Christmas Parade, Dia De Los Muertos Street Festival and has been a volunteer coach for the Wasco High tennis team.

Kim feels that fees for water and waste are illogical. "It's illogical to have metered water but also a minimum fee up to a baseline usage," he said. "A business license discourages small business."

David Ward believes that the city of Wasco needs its own police department to serve the residents and is willing to work to try and make that a reality.

Ward has listed several items of interest on his platform that he hopes to see come to fruition such as the city having its own police department instead of using the Kern County Sheriff's Office, he wants the city and recreation and parks department to work closer together, and feels code enforcement needs to be addressed as well as the sewer and water infrastructure.

"It is time for fresh ideas and new leadership on the City Council," Ward said. "I believe that I can bring that to the table."

He would like to see downtown, the old Kmart shopping center and the entry to town on Palm Avenue from the south improved.

Ward also believes that the water issue should have been addressed a long time ago, but he is confident that the city manager, now aware of the situation, is taking the appropriate steps to formalize the means of reaching a solution.

Ward believes the High Speed Rail should be stopped.

"My belief is that the train to nowhere is a financial disaster that should be halted," he said. "The city of Wasco stands to gain very little."

He also feels that the estimated cost for residents to ride the train will be prohibitive, so he doesn't see the need for it.

"Water fees need to be re-examined," Ward said. "I have been told of high water bills by residential and commercial customers."

Born and raised in Wasco, current Mayor Tilo Cortez is the incumbent for the vacant City Council seat in District 4.

Cortez has been a correctional officer for the past 26 years and is co-owner of California Home Pros, a real estate company specializing in the Wasco/Shafter/Bakersfield areas.

"For the majority of my City Council tenure, it was 'controlled' by the 'old guard,'" he said. "The City Council needs five strong, independent members who can research the facts and think for themselves. They should be open to discussion of the facts and deliberate accordingly."

One of Cortez's objectives when he started out on the council was to make it more transparent (where the residents can know what is happening within the city). He advocated for the recording, broadcasting and archiving the council meetings.

"Time after time, my requests fell on deaf ears and did not have the support of the council," he said. "The desire for the majority of the council to operate 'under the radar' has cost the taxpayers of Wasco $1 million. I am happy to report, we have finally approved and established a video archiving system for all our meetings for the public to view at their leisure. The era of transparency and accountability is upon us."

Cortez said that he would continue to work for the betterment of Wasco and the quality of life for the residents.

Cortez loves Wasco for many reasons, but mainly because everyone is intertwined in some way. "Whether we work together, our children play sports together, or we attend the same church or went to the same school together, it is the closeness and familiarity of those who live here that make Wasco the place I call home."

Cortez addressed the current water crisis and acknowledged there were several failures attributed to the crisis. In summary, the city did not make it a priority to make sure it kept up with the forecasted demand, and staff remained content with what was going on. However, the current public works director and the city manager both took immediate action necessary to protect the residents and presented an immediate plan of action.

He also mentioned that the council has always been opposed to the High Speed Rail.

Cortez said that the city has been on the defensive since the very beginning and has always been opposed to the High Speed Rail, addressing the deficiencies and dealing with the "less than honorable" intentions by the High Speed Rail and their sub-contractor, California Rail Builders. 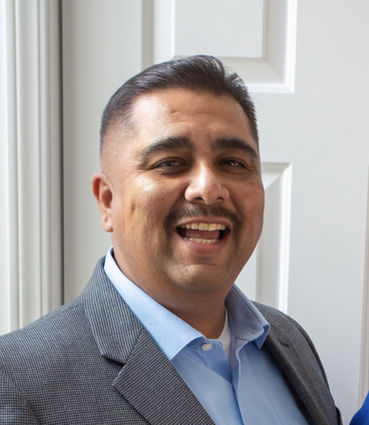 Cortez believes the High Speed Rail will continue on, regardless of the cost and destruction it has cost the city of Wasco with the businesses having to relocate. He would like to see a stop in Wasco, however, he doesn't believe it will make up for the financial loss the city has endured.

Edward Saldana from Lost Hills is a graduate of Wasco High.

He is running against current incumbent Tilo Cortez for the council seat in District 4.

"I have a big heart and a lot of passion for my hometown," he said.

Saldana believes the city needs more wells and storage facilities. He also said all water system employees should be monitored.

He wants to see more youth resources in the city for those who desire more activities.

Saldana also envisions the High Speed Rail as a benefit in that it will lessen emissions and help eliminate air pollution.