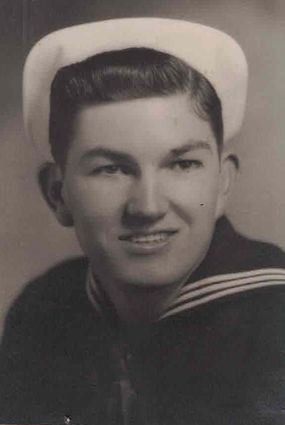 Joe Hiram Westbrook passed from this life on earth to the side of his Lord on Sept. 15, 2020, at the age of 95. It was a peaceful transition, which is the way he wanted.

Joe was born Sept. 30, 1924, in Hugo, Okla., to Esther Loraine (Hyde) and Joseph Hardy Westbrook. In 1927, Joe came to Shafter with his parents, where they made a home to raise their family. He attended school and graduated from Shafter High School in 1943.

In 1943, he was inducted in the Navy, where he served in the South Pacific Theatre. Joe and his brother, Winfred, who was serving in the Army, met for a few hours on Guadalcanal Island. Their father, who served in WWI in France, was proud of his son's service.

When he was discharged from the Navy, he married Hazel (Smith) in 1948. He and Hazel were members in the Taft Church of Christ, and previously in Shafter he served as an elder in the Church of Christ for many years.

They enjoyed taking the family camping and fishing, and would always have great stories of the time he had with his family.

Joe worked for 31 years for Superior Oil Co. as a machinist. He retired in 1977 but returned to work for Williams Bros. in 1979 and moved from Shafter to Taft.

Joe was preceded in death by his wife, Hazel, and his second wife, Doris, his parents, brother Winfred, sister in law Enid, and son in law Fred Eaton. He is survived by his sons Michael (Sandy) of Shafter, Gary (Wanda) of Taft, daughter Donna Eaton of Bakersfield,and brother Harold Eddie (LaVonne) of Lavaca, Ark. He is also survived by 7 grandchildren; Nancy, Joey, Allen, Dan, John, Kristine and Tim; and 14 great grandchildren, nieces and nephews that all held a special place in his heart.

The family would like to express our sincere thanks and gratitude to the entire staff at Hoffman Hospice for the kindness shown to Joe and his family.

Due to coronavirus there will be no public ceremony at this time. A private burial will be held at the Veterans National Cemetery on Oct. 27.