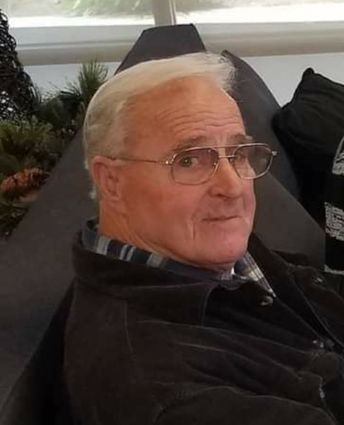 Richard Lawrence Lauderdale went to be with the Lord on Sept. 28, 2020.

Richard was born in Shafter on Feb. 4, 1944, to Anna Pauline and Carroll Lauderdale. Richard met and married the love of his life, Sherry Ashmore, on Dec. 7, 1964, and went on to have three beautiful children Danny, Sherry, and Shawna.

He was preceded in death by his parents, brother Dennis Lauderdale and sister Shirley Foster. Richard is survived by his wife of 55 years, Sherry Lauderdale; son Danny and Tammy Lauderdale; daughters Sherry and Arthur Plaza, and Shawna and Jason Moyer; grandchildren Ashley and Taylor Lauderdale, Justine Garcia, Haley and Katerina Plaza, and Marissa and Joshua Bustos; and four great grandchildren, Adrianna, Remington, Layla and Nathaniel; and brother, Jerry Lauderdale.

Richard worked at a cattle feed lot, then became a welder for Hoppers for 14 years. He then became an electronics technician until he retired.

Richard loved fixing things around the house, keeping his car spotless and making sure the love of his life was well taken care of. He loved watching a variety of sports. He loved playing ping-pong with his lifelong friend, David Beach, his kids, his grandkids and whoever dared to challenge him. Most importantly, Richard loved the Lord with all his heart and enjoyed worshipping Him.

The Lauderdale family would like to thank everyone for their love, prayers, and support toward our loving husband, father, grandfather and great grandfather.