This is part of an ongoing series featuring Wasco High graduates.

Growing up in the 1950s, segregation was a part of everyday life for John Miller.

"I attended segregated schools beginning with Dunbar School in Vado, New Mexico," Miller, who currently resides in Bakersfield, said. "I then went to Booker T. Washington School in Las Cruces and finally to George Washington Carver School in Eloy, Arizona. When we finally moved to Wasco, I went to Thomas Jefferson Middle School and then Wasco High."

He only went to school with Black students and had Black teachers up until he moved to Arizona. When he lived there, at the time integrating the schools was a major topic of conversation in the United States, but only three families in his school were willing to integrate. The principal of his school along with three teachers protested to the Arizona state legislature that they did not want to integrate their schools.

He had a very different life than many children because he worked one or more jobs from the time he was 5 years old. "I worked in the fields before and after school and in the summers," he said.

"I am the fourth of 10 children," Miller said. "When I was in school, I wanted to play sports, but someone accidentally put my older sister's birthday on my registration. It took a while but I finally got it fixed and was able to play sports."

"Our senior year, my friends and I wanted to get in on the end-of-the-year skit that was performed in front of the whole school," Miller said. "I played a dentist who created a new toothpaste called 'Kissing Sweet Toothpaste.' My friend found something that blackened out teeth so your mouth looked like it had gaps between teeth. We put some in my mouth and when I smiled; my mouth was full of black gaps that looked like missing teeth that the toothpaste accidentally ruined."

Miller said the student body cracked up and loved the skit. The joy in his voice was clear as he was describing the incident.

He enjoyed being in band his first two years in high school and was a member of the Latin and Camera clubs. Miller also competed in track as a weight thrower. "I was a spotter in the public address booth my junior year," he said. "I worked the chains and down marker my senior year." 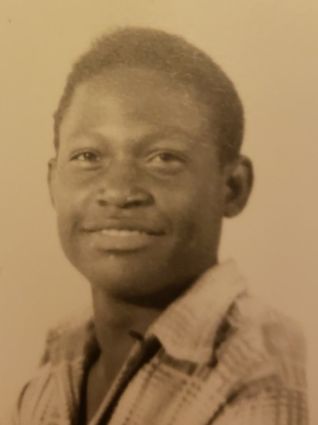 Miller went on to college and earned a degree in elementary education. He was a teacher for 54 years, first working for one year for the Bakersfield City School District and then 29 years for the Delano Union School District.

"I have substituted for the past 24 years," he said. "I also work for the Delano Parks and Recreation District as an official, coach for basketball, football and baseball and I drove a truck on weekends for a lot of those years."

Miller and his wife, Coretha Ward Miller, have been married for 43 years. He instantly became a dad to her three children, two sons and one daughter.

Even though several of Miller's close friends are now deceased, he continues to have fond memories of each of them and his time at Wasco High School.