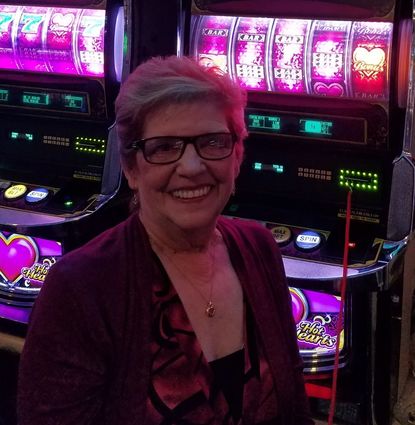 She was born to the late Donald and Dorothy Galloway, July 31, 1947, in Wenatchee, Washington. Sharon graduated from Wasco Union High School and attended Federico Beauty College in Bakersfield.

Sharon married James A. Whitworth in 1986, and they made their home in Wasco until moving to Arroyo Grande in 2019.

She is survived by her husband, James Whitworth, children: Bart and Ann Wilburn of Wasco, Kayla Wilburn and James Weilbacher of Arroyo Grande, Brian and Michelle Whitworth of Southaven, and Tanya and Paul Holmes of Olive Branch. She is also survived by grandchildren: Samantha and Justin Jackson, Frankie Wilburn and Lisa Ellis, Kaylyn and Austin Runnels and Jenna Dancy, and great-grandchildren: Zakery Mays and Bentlie Wilburn. Sharon was preceded in death by her older brother, Donald Galloway and niece Sherie Miller, and is survived by siblings: Pam and Ronnie Sutton, Gary and Tina Earl, and Vicki and Joe Dominguez. Beloved nieces and nephews include: Kim and David Miller, Tracy and Jason Christy, Melisa and Kevin Butterick, Stephenie Gordan, Shelbie Jameson, Sunni and Mike Dobbs, John and Liz Sutton, Nick and Sandra Sutton, Michael Galloway, Matthew and Tiffany Wankum, Marcus and Kayla Wankum.

You may have known Sharon from PTA, The Showcase salon, cheering at Wasco High wrestling matches, football/volleyball/basketball games, or running the office at Fabbri Farms or Wilbur-Ellis. She was Merle Haggard's #1 fan, preferred her Coca-Cola with a bag of peanuts, never met a slot machine she didn't like, loved the sound of the ocean, and always had a glass of sweet tea and a hug for anyone who needed it.

A celebration of Sharon's life will be held on Saturday, Jan. 30. Please visit the event page at https://www.facebook.com/events/148085503542556 for more information and to RSVP.

In lieu of flowers, the family requests charitable donations be made in Sharon's name to Buster's Legacy at http://www.busterslegacy.org.