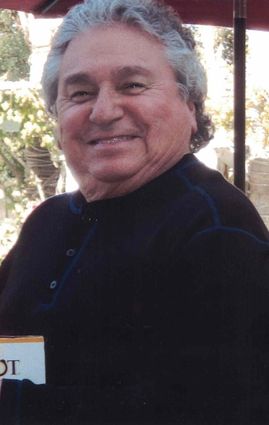 Ernie was born to the late Ernest and Mary Cabrera in Bakersfield.

Ernie graduated from Delano High in 1960. After graduation, he served in the U.S. Army for 3 years, 3 months and 3 days at Fort Ord, where he also played baseball for the team. Ernie also served 5 years and 3 months in the Army National Guard.

In 1990, he met the love of his life, Janet. They met working at the same office complex. After that moment of meeting, their love story began. Those two were inseparable; they loved loving each other. The love they shared for each other made you want that kind of love. They did everything together, from dancing on the weekends, to Dodger games and spending time with family. Some of the best memories are in the Cabrera household, always welcoming and comfortable.

Ernie had one of the best personalities. There was magnetism about connecting in a conversation with him, funny or serious (mostly funny). He loved making people laugh, especially his love Janet. Ernie was the life of the party. He was a wonderful husband, father, brother, grandpa, brother-in-law, uncle and friend. This life will not be the same without the charisma of Ernie. He was a rare spirit to all of us.

Ernie's Celebration of Life will be held later on in the year.