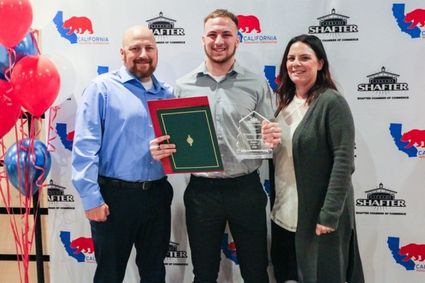 Jackson Sanchez was awarded the Young Person of the Year at last year's event.

Each year individuals and organizations are nominated for their contributions in making the city a great place to live and raise a family.

Last year's recipients included Basham & Lara Funeral Care for their commercial remodel and Jackson Sanchez as the Young Person of the Year. New Superintendent of Richland School District Rosa Romero was also among the honorees as Educator of the Year.

Originally the event was going to be rescheduled for March. The only issue was finding another caterer, because the caterer for the past few events is closed until further notice. 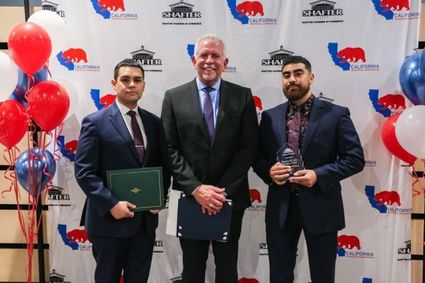 Facing the challenges of holding the event while adhering to the guidelines put forth by the state and county, and getting a new caterer that could work the event, the chamber was hard-pressed to find a way to hold the event. The number of nominations was also down significantly from past years.

A motion was made by Pam Wells to cancel the event at the chamber meeting Dec. 16 and it was seconded by Angie Nelson. The motion was carried and the event was shelved for this year.

Mayor Cathy Prout, in a recent conversation, said that the chamber wants to hold a smaller event or do something for those nominated later in the year, but there is no specific plans in place at this time.

"It is sad to see this, but it was understandable in our current situation," said Prout. "We are still looking into creating a State of the City Address that will tell of our progress this past year and what the future holds for our city."