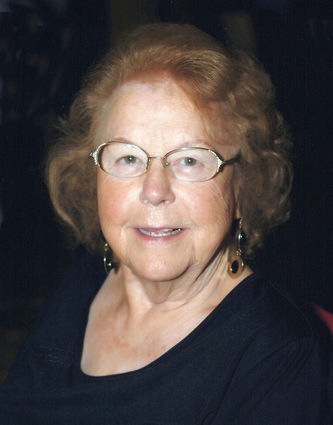 Janet Grimes Reed, 88, of Bakersfield, passed away on Feb. 5, 2021. She was dedicated to her family and helping the family business be successful.

Born in Taft to Dawson Grimes and Stella Sparks, she lived her entire life in Kern County, residing in the communities of Taft, Arvin and Bakersfield.

Early in life, Jan met and fell in love with the love of her life, Frank Wallace “Wally” Reed. They were married for 72 years until his passing in 2020.

Jan joined the Reed family business shortly after their marriage. Over the years, Jan managed the business office, did bookkeeping and bindery work, and worked in advertising sales. Together, Wally and Jan worked hard to make the newspaper a success. The business was started by Frank D. Reed in 1941 as the Arvin Tiller, a local community newspaper. Through the years additional community newspapers were added to the company, including The Shafter Press and Wasco Tribune.

In 1985, the expanded company moved the headquarters to Bakersfield and became Reed Print, Inc., a newspaper and commercial printing company. Jan was co-owner, director and treasurer of Reed Print. She worked at the business for 70 years until it closed in 2018.

Jan was also active in the Arvin community. In 1955, the Arvin Chamber of Commerce named her Mrs. Arvin, and she served on the Arvin City Council in the years 1976-1980.

She was an avid traveler, loved fishing, shopping, visiting with family and spending time at Pismo Beach during her last few years. Both she and Wally loved touring the United States in their 42-foot Monaco RV. Cruising was a favorite activity, and she enjoyed sitting on the ship’s balcony drinking a frozen margarita and playing Farkel with her traveling companions. When cruising she was always vying to be the passenger with the most cruise days and on one cruise, she and Wally won the “Couple Married the Longest” award.

Jan was a loving daughter, sister, wife, mother, grandmother and great grandmother. She will be greatly missed by her children, Bill Reed and wife Vicky of Windermere, Fla.; Marta Reed and husband Curtis Harms of Bakersfield; Robert Reed of Bakersfield; her six grandchildren, Noelle Reed Marion and husband Todd of South Hadley, Mass.; Stefani Reed Baker and husband Robert of France; Jason Reed of California; Tamarra Harms and husband Josh Beaulieu of Bakersfield; Addison Reed of Ohio; and Tanner Reed Cervantes and husband Michael of Texas; and also her 9 great grandchildren. Jan will be missed by her siblings, Jim Grimes and wife Dottie of Long Beach, Patricia Grimes Ropes of Visalia, and Larry Grimes and wife Berniece of Klamath Falls, Ore.

She was predeceased by her parents, her husband and a son, Donald Reed.

Services will be held at Greenlawn Southwest Memorial Park, Southwest Chapel (Building A) 2739 Panama Lane, Bakersfield, on Wednesday, Feb. 17. Visitation will be at 1 p.m., chapel services at 2 p.m. and graveside services following.