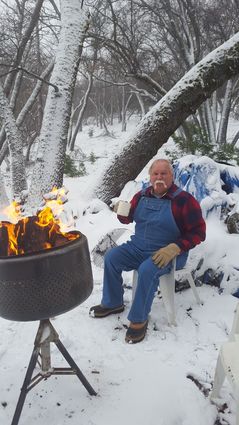 Harold Dean Gibson, known by many as "Hoot" was born in Wasco on Oct. 3, 1947, to parents, J Harold and Marie Gibson.

He attended local schools and graduated from Wasco High before attending college classes at B.C. Hoot then completed his bachelor's degree at UNLV, which he attended on a football scholarship. After college he married Dru Cantrell, and during their 30 plus years of marriage the couple were blessed with two daughters, Erica and Julie.

In 2002 Hoot married Chris (Kuhn) Gibson, and the couple enjoyed the last 19 years together. He worked in agriculture for 33 years and retired as an inspector for the USDA in 2010. Hoot loved to work on old cars and play golf in his free time; he also enjoyed traveling the world and seeing the sights.

Hoot was preceded in death by his parents, J Harold and Marie; as well as a grandson, Braeden. He is survived by his wife, Chris; his two daughters, Erica and husband Brooks Pearson, and Julie Hardwick; his step-sons, Robert Adamak and fiancé Edna, and Brian Adamak and wife Becky; one sister, Joyce and husband Bill Andrews; and his brother, James Gibson and wife Debbie.

Hoot passed away, surrounded by family, at his residence in Wasco, on Feb. 23, 2021. A viewing will be held at Peters Funeral Home in Wasco, Friday, Feb. 26, from 10 a.m. to noon. Graveside services will follow at Wasco Memorial Park at 1 p.m. where Pastor Jonathan Rhoades and Pastor Dave Bocker will officiate. In lieu of flowers, donations may be made to the Wasco High Athletic Department.