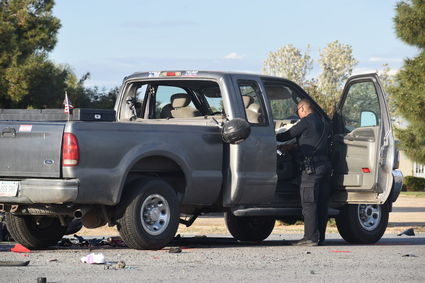 The Ford F250 was turning onto Lerdo Highway when the accident occurred.

A Shafter man was killed after his motorcycle and a pickup truck collided on Lerdo Highway Tuesday.

Jonathan Rosales, 21, was pronounced dead at the scene after the crash around 3:20 p.m. According to the Shafter Police Department, Rosales was traveling westbound on his 2002 Honda 954 when it collided with a Ford F250. The Ford was turning left onto Lerdo Highway from Vultee Road.

It is too early in the investigation to say if drugs or alcohol were a factor in the accident, according to Captain Diana Burnett of the Shafter Police Department.

Lerdo Highway was closed on Tuesday until the scene had been cleared.

The rider of the motorcycle was pronounced dead at the scene.