Amtrak station to be demolished Monday 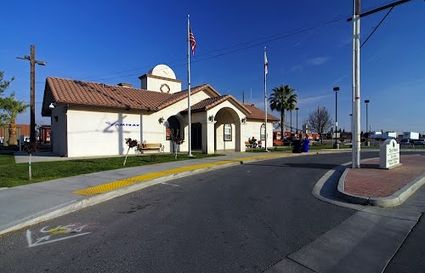 The Wasco Amtrak station as of March 23.

The High Speed Rail Authority also reported that it has provided 5,500 jobs and a future line that will extend from Los Angeles to San Francisco. The portion of the rail that will be completed soonest is the track from Merced to Bakersfield.

The authority announced that the rail will run 100% on renewable energy.

"It will be all electric all the time," the High Speed Rail Authority said in a statement. "The authority is committed to using 100% renewable energy to operate our trains and facilities."

During construction, rail crossings throughout northern and southern California are being upgraded or eliminated to reduce traffic congestion.

"In blended/shared corridors, trains will be slowed to 110 miles per hour, as required by regulations," the sheet read. "However, in other areas speeds will top 220 miles per hour."