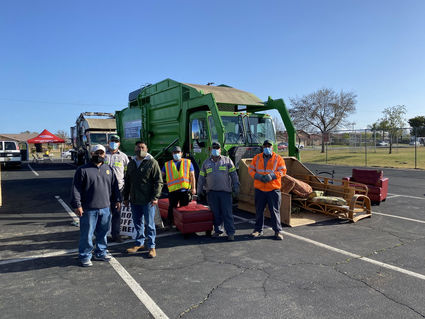 Over 200 residents loaded up their bulky waste and drove it over to the bulky waste drop-off event this past Saturday.

American Refuse, partnering with the City of Shafter, hosted the event.

Several roll-off trucks were stationed at the Shafter Aquatic Center parking lot to carry off items not normally picked up in regular trash collections.

Residents dropped off a variety of items including electronics, mattresses, and furniture.

This was the second event held in the past month. An event in Wasco at Barker Park attracted a large number of vehicles as well.

According to director of the event, Lynnda Martin, of American Refuse, this event had an "outstanding" turnout and came after a long period of time since the last event. Other events had been canceled due to the pandemic.

"This event had such a great turnout I think because it had been such a long time since the last event," Martin said. "Residents were taking advantage of the opportunity to get rid of their items without having to load them up for a trip to the landfill." 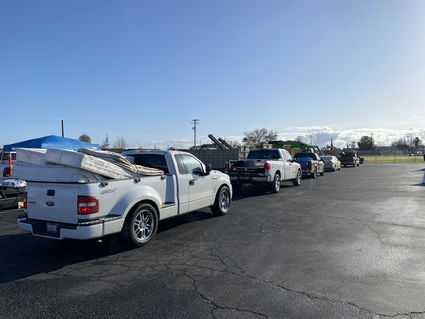 The event drew over 200 vehicles dropping off their items.

The event also had the support of local officials as well, with City Manager Gabriel Gonzales and council member Gilbert Alvarado lending a hand with unloading residents' items from their vehicles.

Martin said drop-off events alleviate the problem of illegal dumping in the area. With the pandemic keeping a lot of residents home, a lot of projects have begun and a number of bulky items end up at the landfill or in alleyways or on the side of the road.

The opportunity to dump the items for free in town helps keep the city free of clutter as well as saving the city money. The city would otherwise have to pay workers to pick up the illegally dumped items.

"Events such as this are a win-win for everyone. We hope that there will be other events to follow, helping to keep our cities clean and our alleys clear," concluded Martin.