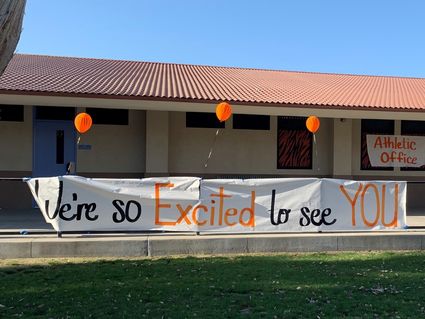 There were signs around campus welcoming incoming freshmen.

The spirit at Wasco High School was on full display for the drive-thru Freshman Launch on April 19.

Freshman Launch was a display of school unity, ongoing spirit and a lot of orange. The buildings were filled with spirited signage welcoming everyone to the event. Offices were also marked by large signs on building doors. 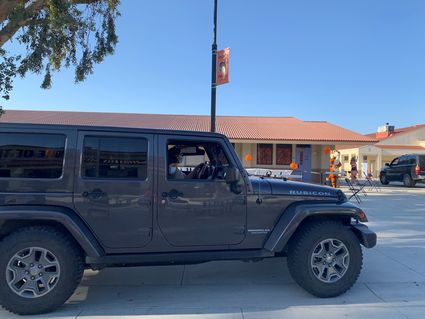 A parent arrives with their student sitting in the front seat looking at the spirited display put on by the school.

Vehicles entered the campus on Palm Avenue and drove through the campus. At the beginning of the route, each vehicle was given a freshman packet that included rules and regulations of the school, dress code and registration information.

Every vehicle that entered campus was greeted by a roar of cheers, whistles and clapping as well as a welcome to Wasco High from Principal Sunni Dobbs.

Teachers were lined up along the route with signs identifying each instructor and the department in which they taught. Office staff and counselors were also identified by holding signs with their name and department.

Cheerleaders were out in full force cheering and waving their pom poms as the drivers drove along the route. Male varsity cheerleader Jose Ubina did some high split leaps as cars rounded the corner of the quad.