All three occupants were killed as a result of the crash.

Three people were killed on Tuesday night as a result of a collision at the intersection of Fresno Avenue and Central Valley Highway. 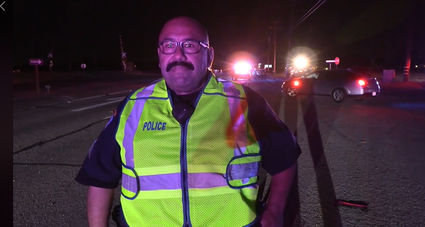 Lionel Lopez, of the Shafter Police Department, gave a brief statement at the scene.

At approximately 5:30 p.m., the Shafter Police Department responded to a report of an accident at the intersection. There were two vehicles involved. Shafter Police Department's Lionel Lopez said a 2007 Chrysler Aspen was traveling west on Fresno Avenue approaching Central Valley Highway. Meanwhile, a 2009 BMW 328i was traveling south on Central Valley Highway when the two vehicles crashed at the intersection.

All three occupants of the two vehicles were killed as a result. One person was killed at the scene, while the other two victims succumbed to their injuries later.

Highway 43 was closed while the scene was cleaned up.