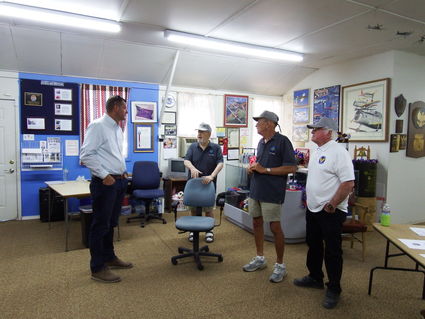 Congressman David Valadao recently visited the Minter Field Air Museum, discussing possible aid that may be available for the museum.

Minter Field Air Museum President Ronald Pierce said that Valadao also took a tour of the museum, checking out some of the vintage aircraft.

He toured the displays that contain artifacts from the different conflicts the United States Military has been involved in, including items from the World Wars, the Vietnam and Korean wars, as well as the more recent Middle East conflicts.

Valadao also had the chance to sit in a vintage aircraft and the LOACH helicopter, which has been at the museum for the past two years.

Valadao discussed the possible opportunities that may be available to help the museum.

"We discussed some challenges the museum is facing and how my office may be able to assist," said Valadao. 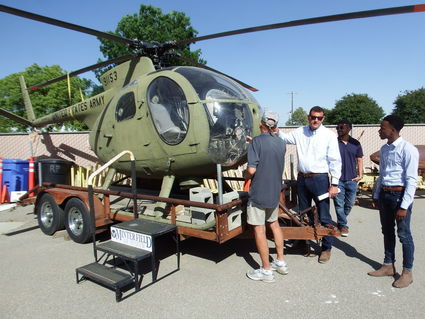 "We have had a very challenging year, with having to cancel our Wings 'n Wheels, which is one of our major fundraisers of the year. Any help we can get from the different grants available would help keep us going until we are able to get our organization back up to normal," said Pierce.

Valadao said he enjoyed his time at the museum.

"I was really impressed by their collections," he said. "I appreciated the team at the museum taking time to give me a tour."

Valadao returned to Congress after defeating TJ Cox, who had taken the seat from Valadao in the 2010 election. Since his victory, Valadao has been championing local causes that concern the Central Valley, such as the need for sufficient water supplies and assisting local farming companies who have been affected by the pandemic.