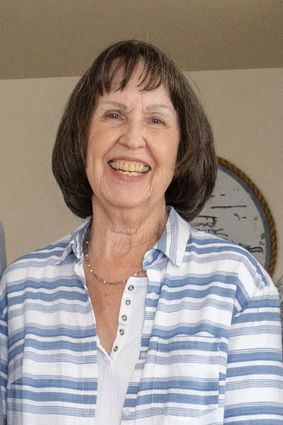 The city of Wasco lost a pillar of the community on Thursday, June 3, 2021, when Gilbert Garland, 80, also known as Dad, Pop, Gil, Junior, GG, Mr.G, Mr.Garland, Corn Pops, and Coach, went to be with the Lord.

Gilbert was born in Garland, Oklahoma on Sept. 17, 1940. Gilbert moved to Wasco in the fall of 1942 where he lived the rest of his life. He attended Wasco Elementary, Thomas Jefferson Junior High, and Wasco High School. During high school he participated in football, basketball, and track. After graduation he attended Bakersfield College. Gilbert married his high school sweetheart, Janice Moore in October 1960. He was employed by Shafter Wasco Irrigation District and managed the Towne and Country Liquor Store. In 1970 he began his career as a firefighter for the Kern County Fire Department. He worked in many locations in Kern County before he transferred home to the KCFD station in Wasco. While at the Wasco station he was promoted to Engineer and proudly served his community until 1995. During his career he was awarded a certificate of appreciation in 1992 and firefighter of the year in 1993 from the Veterans of Foreign Wars.

Most of his free time was dedicated giving back to the community he loved. As a young adult, he and his father helped build the Wasco Little League Field that is still being used today. He coached many teams for nearly 60 years in Wasco including t-ball, little league baseball, recreation softball, high school summer league softball, Wasco High softball, women's slow pitch softball, and men's slow pitch softball. Coaching for the Wasco High Softball team for 32 years was his most rewarding coaching experience. He coached hundreds of athletes including his children and grandchildren and was already working on batting with his great grandchildren.

Continuing his love for the town of Wasco, Gilbert served over 25 years on the Wasco Parks and Recreation Board. He was an integral part in the construction of the skateboard park, the t-ball field, the development of the softball fields at Cormack and Westside parks, and the soccer fields at Annin Park. One of his favorite hobbies was checking on the park's multiple times a day. He always was working to make Wasco a nice place to live.

Most of all, Gilbert loved his family. He is survived by the love of his life of 60 years, Janice. He is also survived by his loving daughters Lori Kibler and Debbie Mehlberg, son in laws Jeff Mehlberg and Brian Kibler, and his son Jeff Garland. His adored grandchildren and their spouses, Amanda Rodriguez and husband John Paul, Evan Schulte, Kellie Harden and husband Tyler, Hailey Coyle and husband Ben, Noah Mehlberg, Austin Garland, Sydney Mehlberg, Cole Kibler, and Ensley Melhberg. His cherished great grandchildren Rozlyn Harden, Winston Harden, Zori Rodriguez, Jovie Rodriguez, Huxley Harden, and Decker Coyle. He is also survived by his sisters Chris Brannon and Paula Johnson and husband Don, sister in laws, Frankie Moore and Marjorie Frost, and brother in law, Ernie White. He was preceded in death by his parents, Pauline and Herstell Colquitt, his brothers Joseph Garland and Larry Garland, and his sister Eunice White.

His legacy will live on in the hearts and minds of his family and everyone who knew him. There was a viewing at Peters Funeral Home in Wasco on Wednesday, June 9 from 4 p.m. to 8 p.m. A celebration of life will be held at Grace Community Church in Wasco on Thursday, June 10 at 10 a.m. A graveside service at Wasco Cemetery will be held following the celebration.