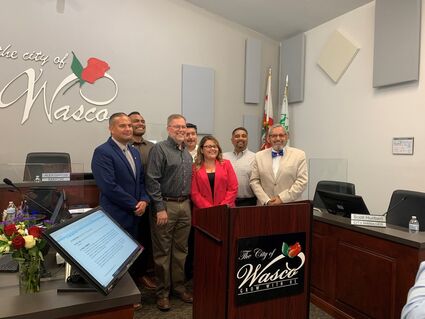 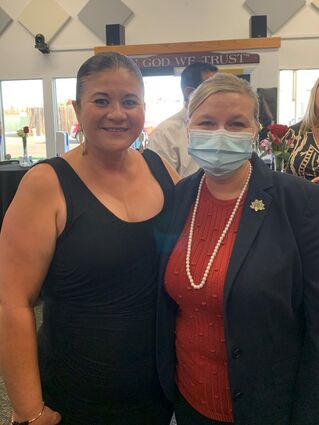 Hurlbert was sworn in Thursday evening and was joined by his family, who were all delighted to meet the city officials attending the evening reception.

Hurlbert has many years of city government experience as well as running his own company. He is experienced in negotiating with the California Rail Builders (High Speed Rail) and welcomes the challenges facing him in his new duties.

Everyone who entered the council chambers signed a form attesting to their current vaccine status and entered the room with or without a mask.

Former City Manager Larry Pennell joined the party to welcome Hurlbert into the fold. They have known each other for many years through their interactions with both Shafter and Wasco city government and businesses.