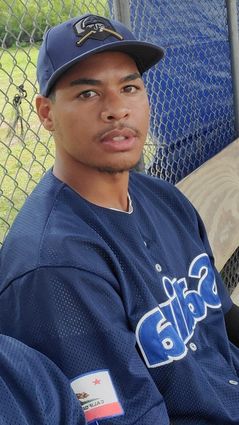 The new 2021 Wasco Reserve baseball players will be at Sam Lynn Ball Park in Bakersfield on June 10 at 10 a.m. for their first official practice.

Manager Nic Ray has been busy assembling the team, and it's down to the last minute when some players drop out and new ones are added to the roster.

A new player this year is Chase Stacy. He was born in Los Angeles and currently lives in Victorville. Stacy was homeschooled and began his interest in baseball at 10 years old.

Stacy plays shortstop, centerfield and pitcher and was the Salina Stockade pitcher for the 2020 season.

This season, Stacy will be playing as one of the pitchers for the team.

Stacy comes from a large family with three sisters and six brothers. His favorite relaxation is to get a massage and floating anywhere in calm water.

When asked how he feels about being up at bat, he said, "I feel confident, eager to get on base."

During his junior and senior years, he was named to the Arizona 2A All-State First Team and his senior year he was named Male Athlete of the Year. He has played 1B, 3B and pitched.

"I have been playing for as long as I remember," Doherty said, "but if I had to guess, I'd have to say around 2 years old."

Doherty said that he will be playing first and third for the Reserve. His favorite form of relaxation is playing pickup basketball.

Doherty comes from a smaller family with one brother who pitched at Covenant College in Chattanooga, Tenn.

"When I'm at bat, I feel comfortable and ready to hit," he said. "I always make sure that I get locked in when I'm on deck."

Ridgecrest is home to new Reserve player Hernandez. He was not only born in Ridgecrest, but also raised there and attended Sherman E. Burroughs High School and Cero Coso Community College as well as Missouri Baptist University.

He plays right field, third base and pitcher.

Hernandez relaxes by meditation and spending time with his family. There are five members in his family and his little brother Evan played ball throughout high school.

"Before I hit the ball, I relax and am ready to hit any fastball that comes my way," Hernandez said.

Center fielder Matt Flynn is from Victorville and grew up in Hesperia and Helendale, Calif. He attended Sultana High School.

Flynn has been playing baseball since he was 4 years old.

At Sultana High he was named Athlete of the year by the Daily Press as well as All-Area Team for four years at the high school.

He enjoys spending a day fishing with his girlfriend Madilyn and has an older brother.

"I started playing ball at the age of 4," Moore said.

He was named Freshman of the Year at Savannah State and was MVP at Augusta University and also named California Collegiate League All-Stars.

"I imagine I would be playing centerfield for Wasco," he said.

Moore has one sister and three nieces and his favorite form of relaxation is self-reflection in a quiet place.

Barcena has played ball since he was 5 years old and was All-City in high school. He led the City of L.A. in home runs in 2012.

Barcena played for the Salina Stockade in the Western League. He plays outfield and infield.

He is adventurous because he is a skydiver. His two younger siblings both play baseball.

"When I'm up to bat, I'm in my happy place, Barcena said.

Another southern California ballplayer has joined the Wasco Reserve.

Reyes has been playing ball since he was about 5 years old.

In March 2011 he played for East Los Angeles College Huskies and went 4-1 on the hill. He was announced Honorable Mention for three complete games. He gave up just four runs; two earned and posted a 0.51 ERA.

Reyes is a pitcher and admits sitting in a jacuzzi is a great form of relaxation.

He has four siblings who don't play ball.

"If I stay relaxed as possible and I try to focus in on the pitcher's release point to see the ball early out of the pitcher's hand, I always protect with two strikes," he said. "I go up there with an approach depending on the game situation and if there are runners on base."

Yusei Teraoka is certainly the one new player who has traveled the longest distance to join up with the Reserve team.

Teraoka was born in Aichi, Japan, and arrived from Chiba, Japan, to play for the Reserve.

He attended Sakura High School in Japan and Nihon University also in Japan.

Teraoka has been playing ball since he was 6 years old and was selected at MVP and Best 9 at a city tournament.

He is a pitcher, first baseman, second baseman, shortstop and center field. He will play anywhere he is needed.

One of his favorite past times is to sleep and visit new places.

He has two younger brothers who also play baseball.

Shortstop and second base Darius Simple was born in Normal, Ill., and was raised Bloomington, Ill.

Simple has been playing ball since he was 6 years old and plays shortstop and outfield.

His idea of relaxing is watching TV shows on Netflix or Hulu and Googling random facts.

He has one sister who ran track and played softball.

Another Reserve player arrived from Georgia recently. Cameron Sparks was born and raised in Alphahetta.

Sparks attended Milton High School and Kentucky State University and has been playing ball since he was 3 years old.

Sparks is a first baseman and also plays left field.

He is able to relax at the beach. When he is at bat, "I am anxious to hit the ball," he said.

Greeting everyone with a big smile, Thatcher Alu is the clubhouse manager/assistant coach for the 2021 Reserve baseball team. He was born in Rostov, Russia, but grew up in Atlanta, Georgia.

You can't miss Alu because of his long dread locks that he has sported since high school. "After I graduated, I decided to have dreadlocks and I haven't cut my hair since then," Alu said.

He has one sibling and states that his favorite spot is the beach.

Alu wanted to have a minor independent league experience and working with the Reserve was the perfect fit. 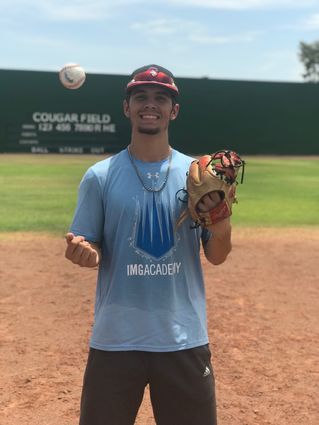 Baseball player Derrick Carter was born in Boise, Idaho and grew up in Laguna Niguel.

He attended Capistrano Valley Christian School and as an undergrad studied at the University of Oregon at studied at grad school at California State University, San Bernardino.

He began playing baseball at 4 years old and his club team at Oregon won the 2015 NCBA World Series.

He enjoys working out and being with family.

Carter's sister played ball when she was younger, but didn't play for very long.

"When I'm at bat, I really don't feel anything," Carter said. "I'm just trying to focus on the moment and block everything else out."