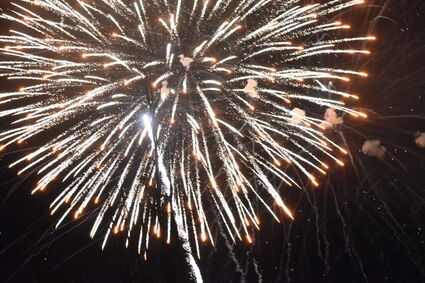 The fireworks show is well known throughout the county.

Over 1,000 people came out for the Fourth of July fireworks show this past weekend.

The Shafter Chamber of Commerce helped the city celebrate the holiday with the return of its annual fireworks after a hiatus.

As the sun set, Grace Givens sang a rendition of the Star Spangled Banner, followed by a fireworks show that lasted well over 15 minutes, with a fantastic finale.

"I have coming to this show for over five years now," said Paulette Osborne, who brought her three kids to the show. "This event is such a great time. The people are really friendly and fireworks are the best around."

The location of the show was different than in previous years. With the football stadium undergoing renovations, the show was held on the Shafter recreation fields next to the stadium. Even with the smaller space, the event attracted over 1,000 people that enjoyed a night of games, activities, food and fireworks. 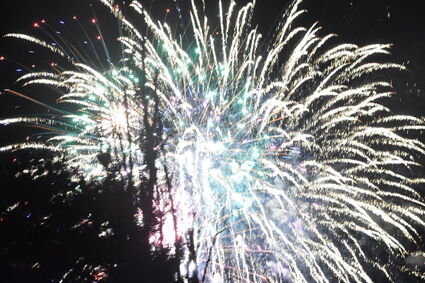 The display was put on by Zambelli's Fireworks.

The event was free of charge thanks to its sponsors, as well as the Shafter community, who donated a portion of the money for the show. The night began with music from DJ Angel Martinez, who supplies the sound for a majority of Shafter's bigger events. There were food booths on hand that attracted a crowd, with funnel cakes, corn dogs, drinks, water, and a booth that sold Fourth of July light up toys for the kids.

The event attracted people from all over Kern County. For David Martinez, of Bakersfield, the trip was worth the drive, who enjoyed the fireworks and walked away with a little over $1,000 as the winner of the 50/50 drawing.

Mayor Pro-Tem Chad Givens said that he was happy to have the event back after last year's hiatus.

"It is great to see the people of our city being able to come together again for an event like this. Thank you to all of the sponsors and the great community," Givens said.