By Toni DeRosa
Wasco Tribune and The Shafter Press

Kern County Fair smaller than usual but back in action 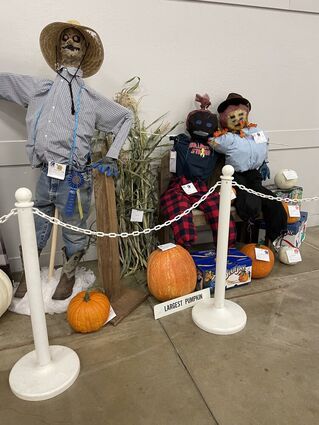 Judged the largest pumpkin submitted to the 2021 Kern County Fair.

Although there weren't as many exhibitors or visitors to the Kern Country Fair, the fair was back in action this year.

The fair began last week and was closed Monday, Sept. 27 and Tuesday, Sept. 28 for cleaning and sanitizing. The livestock area was in full operation during this shut down.

Because of the poor air quality on Friday and Saturday, attendees walked around with a smoky smell in the air and particles floating in front of fairgoers' faces.

There were several differences between previous Kern County Fairs and the 2021 fair.

The first noticeable difference was there was a lot of available parking in the main parking lot off P Street. Only the first seven or eight rows were filled with vehicles.

People wore their masks as they entered; however, as soon as they passed the ticket takers, masks came off and put in pockets. 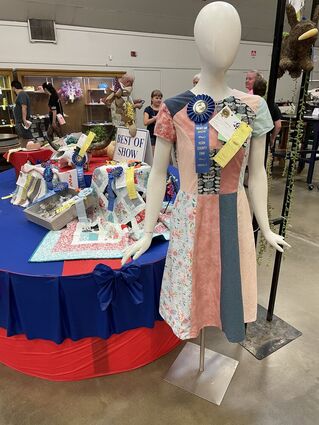 The food vendors were lined up around the entrance into the fairgrounds. There were different options such as baked potatoes, barbeque beef sandwiches, fries, water and sweets such as cinnamon buns, licorice whips and an array of sodas.

Aside from the fairgrounds being empty Monday and Tuesday, attendance appeared high when it was open to the public on the other days.

There was a decrease in displays such as small communities representing their city. Lamont and Arvin both usually put up a display spotlighting their cities; however, they weren't at the fair this year.

The numbers of entrants in the cooking/baking/demonstration booths were also limited. Some canned and preserved food items were visible at the fair, but not in either of the buildings viewed.