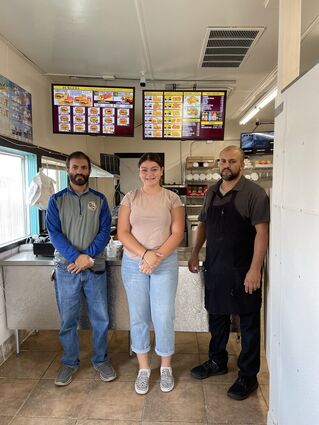 It's always nice to have a choice when it comes to selecting a restaurant for a good burger.

Moving into a town with an already outstanding reputation for great food, Sno White offers a variety of menu options including burgers, chicken and salads.

Sno White is located at 727 6th Street. It is owned by Abdullah Ali and managed by his brother Zack.

New floors, new appliances and a new layout are only part of the changes made at the longtime restaurant building. There is no longer a long counter as you enter, but instead a nice, bright spick and span yellow seating area. Because this is a family business, everyone pitched in to help make the changes, he said.

Ali's father arrived from Yemen in the 1970s and lived in Michigan, working for a major automotive company. He then moved to California and started Sno White in McFarland in the 1990s. When he opened the McFarland Sno White, he sent his boys back to Yemen to be with their mother because, he said, being a single father was difficult while opening a new business.

Ali graduated from Cal Poly where he also received his teaching credential. He is a chemistry and physics instructor at Robert F. Kennedy High School in Delano; however, he is currently constructing a new building in Delano and looks forward to deciding how to best use that space. 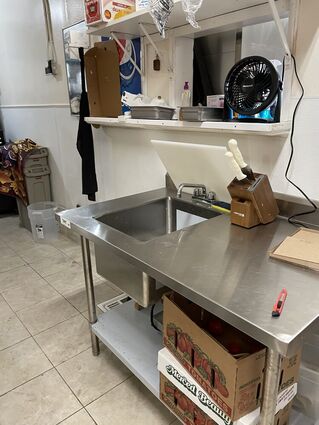 Traditionally, Sno White in McFarland was closed on Thanksgiving and Christmas; however, when Ali was in high school, he and his brother asked their father to keep the restaurant open on those two holidays. The boys said they would work both days and their dad agreed, and even offered them a certain percentage of the money brought in. "Working those two holidays brought in more money than any other day of the year," Ali said. The restaurants now regularly open those two holidays.

Ali's 15-year-old son helps out in the restaurants in McFarland and also Porterville. It's a family business and everyone pitches in.

What makes Ali happy is being able to spend his spare time with his five children.

Employee Valerie Ramirez works the front counter, where she greets customers with a pleasant smile.

Ramirez is a student at the Wonderful Ag Academy. After graduation, she plans on attending either the University of Hawaii in Honolulu, Cal State Long Beach or University of Santa Barbara with hopes of obtaining a degree in psychology.