By Lamont Gridiron
For the Wasco Tribune 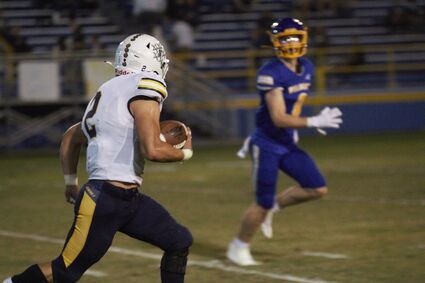 This Friday, the Tigers (4-0, 1 -0 in the South Sequoia League) will travel to Delano to compete in their second conference game in a first-place match-up against Kennedy High (4 -1, 1-0).

Just like the Tigers, the Thunderbird have beaten opponents by large margins.

More importantly, both teams' strategies are to control the tempo and pace of the game from the scrimmage line and keep possession of the ball.

The game is a big one for Wasco. "The next game is the most important," Wasco coach Chad Martinez emphasized weeks ago.

For Kennedy, senior Avian Pesina is averaging 158 rushing yards per game along, with a total of 11 touchdowns.

Senior Hugo Morta has run for a total of 551 yards so far this season, punching in 4 TDs.

"It is going to be a defensive battle -- who is going to stop who," said former Wasco running back and sideline supporter Quentin Cheatham.

Since Friday night high school football returned in August, the Tigers have proven they are a competitive football ball team in the SSL.

In their four games, senior running back Omar Tovar has averaged 112 rushing yards per game and scoring a total of four touchdowns.

"The ultimate goal is to have a perfect season," Tovar said after the Tigers defeated McFarland 50 -6. "Our confidence is high, but we're humble." 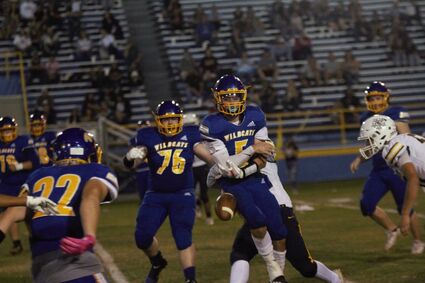 Senior quarterback Jacob Ruiz has passed for an average of 113 yards per game, including touchdown passes to Sharpe, Ferguson, Collin Dickson and Eli Vasquez.

Ruiz has said Wasco high football is about grounding and pounding, taking them to play on a high level, to the top of the standings.

Coming into the season, Wasco began the 2021 campaign with a goal of winning a South Sequoia League division title and CIF Division IV state title.

"We don't have a limit to what we can accomplish," Martinez said. "We have a good

The players have the same idea.

"I like to hit (play defense) on the playing field," said senior linebacker Brayan Ruiz said. "We are looking forward to making the playoffs and winning a ring."