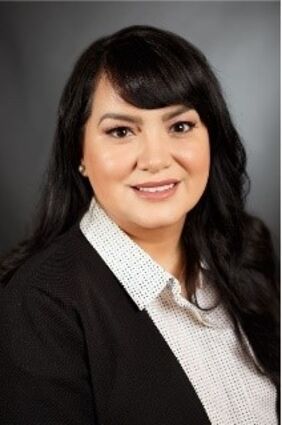 Even though she is only on her second week in the job, she has already taken steps to familiarize herself with Wasco's opportunities.

"I want to be part of a team that is committed to making a positive difference and is focused on creating a growing sustainable community that will stand the test of time," Lara said of coming to Wasco.

Lara was born in Mexico and lived her early life in Earlimart. Her family then moved to Idaho and she returned to California in 2013 after meeting her husband through a relative.

Her husband is from Delano and their family currently lives in McFarland. They have two children, a 6 year old and 12 year old. Also, her husband has a 22-year-old son.

Family is Lara's top priority. She enjoys spending her free time with family by hiking and being outdoors. She would eventually like to see family shopping brought to Wasco so residents don't have to drive to Bakersfield.

She recognizes that water is one of the most important issues in Wasco. Right now she is concentrating on focusing on the budget and projects.

Lara envisions economic growth in Wasco by increasing the city's warehouses. She also said that her biggest challenge will be finding the funding.