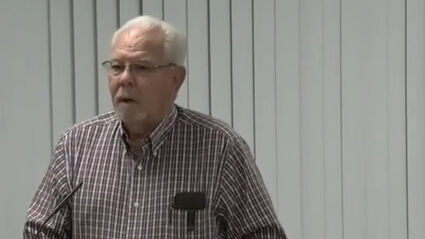 The City Council approved a resolution to accept American Refuse as its franchise hauler to service the city and its trash collection.

The contract begins in March 2022.

The city needed to sign a contract with a hauler because of a state mandated order that all residents have a three cart system for trash collection.

Public Works Director Michael James said the public will be notified about the new requirements that will be taking place. Information will be sent to residents in November and December, along with holding public workshops.

Beginning in March 2022, each residence will have a trash can for household trash, a blue can for recycling, and a green container for green waste. Each resident will be responsible for their cans. There will be no alley pickups with the new system as all pickups will be curbside.

City Manager Gabriel Gonzalez said the city's goal is to have all residents informed about the changes, before the Public Protest hearing, which will take place in February 2022.

Lynnda Martin, of American Refuse in Wasco, has given presentations to the council recently about the new requirements.

Martin has said the requirements are being put in place to better direct the waste that is generated by the individual cities. The state is mandating each city to have a required percentage of their waste be designated for recycling. With the growing number of organic waste recycling plants, the local schools have made progress in cutting down on their amount of waste that is entering the local landfill. Some are down to almost 1%, which is exceptional, even by the state's standards.

During the Public Comment session of the meeting, Ed Gaede, a Shafter graduate, presented the council with information detailing the committee he has headed up that is getting a World War II Veterans Memorial built. It will be on Truxtun Avenue at Jastro Park in Bakersfield.

"There are veterans from Shafter that will be included in the memorial, along with over 470 Kern County residents that had lost their lives during the war," Gaede said.

Gaede said that there will be opportunities for residents to honor loved ones who had served in the war and came home safely. Their names will go on the back of the granite slabs containing the names of our fallen heroes.