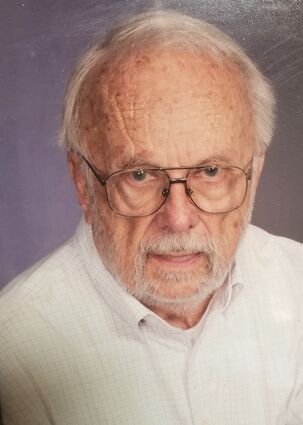 Bob was born in Chicago, Ill., on May 1, 1937, to John and Lennea Thullen. His only sibling, Philip, was born five years later. While growing up in Chicago, Bob worked for a neighborhood market and for American Can Company. He often shared stories about what it was like to grow up during World War II.

Bob graduated from Fenger High School in Chicago and attended Thornton Junior College before transferring to Montana State University (now the University of Montana) in Missoula, graduating with a bachelor's degree in forestry and a master's degree in plant physiology.

While at Montana State, Bob met Julie Ann O'Brien, and they were married the weekend after Bob's graduation, June 11, 1960, in Julie's hometown of Butte, Montana.

The couple lived in Missoula while Bob finished his master's degree. They welcomed their first child, Michael, in 1961, and twin boys, David and Daniel, in 1962. The family then moved to Bottineau, N.D., where Bob worked as an assistant district ranger. It was there that their fourth son, Steven, was born in 1964.

In 1967, the family moved to Shafter, where Bob worked at the US Department of Agriculture's Shafter Cotton Research Station doing research on weeds. He authored and co-authored numerous research papers during his career. He was a part of the cooking crew at the station for open houses and other celebrations. He retired in 1997.

Bob enjoyed volunteering and was generous with his time. He was very active in the parishes of St. Therese Catholic Church in Shafter and St. John the Evangelist Catholic Church in Wasco, serving as a lector and a member of the choir. He helped build houses with Habitat for Humanity and performed in local community theater and ballet productions.

Bob was an avid fly fisherman, making his own rods and tying his own flies. He was a skilled woodworker, making furniture and other items now cherished by his family. He also enjoyed O scale model railroading.

A funeral Mass will be celebrated at 10 a.m. on Tuesday, Nov. 2, 2021, at St. Elizabeth Ann Seton Catholic Church, 12300 Reina Rd., Bakersfield. Committal will take place at a later date.

Donations in Bob's memory can be made to your favorite charity.

Services are under the care of Peters Funeral Home in Shafter.