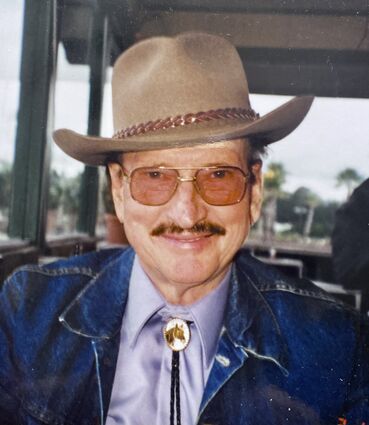 Robert Wayne Rupert passed peacefully in his sleep at home on Nov. 6, 2021. He was born in Shelton, Nebraska on Nov. 4, 1926. Robert was a WWII veteran. Not only did he serve in the Navy in the Asiatic Pacific, Robert served in the Philippine Liberation also. Robert and Evelena have been married 72 years and would have had their 73rd wedding anniversary Dec. 26.

Robert served on the Wasco City Council for 12 years and was mayor twice. He was very happy to have his chiropractic office in Wasco for 55 years. Robert was a good father and very devoted to his beloved wife. Preceded in death by his son Greg Rupert 1991, grandson Justin Pitts 1980, son-in-law Fred West Jr. 2015. He is survived by his wife Evelena Rupert, daughter Kay West, grandchildren Lindsey Zimmerman, Courtney Van Horn, Matthew West, Nicole Hearne, Tawnee Vega, Gregory Rupert and 7 great children.

He was laid to rest at Wasco Memorial Park on Dec. 9.