By Jamie Stewart
The Shafter Press1

Woman gets 25 years to life in jail for murdering son 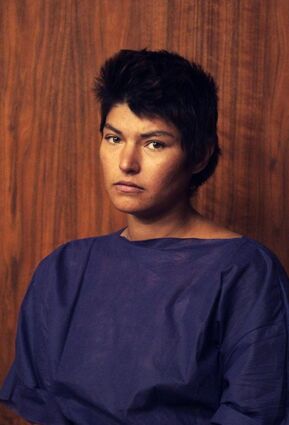 Elvira Farias was sentenced to 25 years to life in prison.

A Shafter woman was sentenced to 25 years to life in prison in the death of her newborn baby.

After 25 years, she will be eligible for parole. If she is denied parole, she could be incarcerated for the rest of her life.

A judge last year found Farias was competent to stand trial. After the conviction, a trial on Farias's mental state was to be held, but at the last minute, Farias and her attorney withdrew her insanity plea, giving the courts the right to sentence Farias.

Farias's public defender, Kevin Moran, said he could not comment on why the plea was withdrawn, citing client and attorney privilege.

On June 9, 2015, Shafter Police were called to a park in Shafter where Farias was found bleeding. Mental health professionals who had recently examined Farias notified authorities that she had been pregnant.

Police officers searched the area around the park, looking for the source of the blood on Farias. The infant was located hours later wrapped in a towel and place in bushes behind Dr. Jong Moon's office, police reported. The child died from blunt force trauma, suffering skull fractures, a broken rib and injuries inside his mouth.

According to police, several people in Shafter said Farias was known as mentally ill and homeless. Farias was on probation at the time of the baby's death.

Farias was found guilty of first-degree murder and assault on a child under the age of 8 resulting in death.