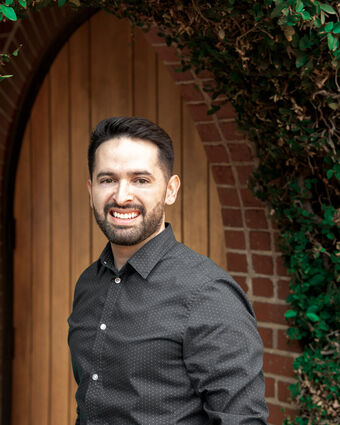 "The award will positively impact the Finance Department as it is a clear indication of collaborating on a common goal of providing high-quality customer service and transparent financial reporting to our residents and City Council members. My department and I received this recognition for preparing budget documents of the highest quality. However, we must also recognize the Community Development, Public Works, City Hall and the City Council as they also played an active role in this recognition," Perez-Hernandez said at the council's meeting Tuesday night.

Perez-Hernandez has served as the finance director for a little over a year. Before that post, he had a number of roles in the department since 2015.

"The recognition is not only important to the Finance Department, but it is important to the city and its residents because it exemplifies the highest levels of transparency and accountability," he said.

"Each project and expense account was carefully analyzed and supported by each department before presenting the annual budget to the City Council. Accountability and fiscal responsibility were at the forefront of this accomplishment," he said.

He concluded with a Warren Buffett quote, "Surround yourself with people that push you to do better. No drama or negativity, just higher goals, and higher motivation. Good times and positive energy. No jealousy or hate. Simply bringing out the absolute best in each other."

William C. Statler, who has over 30 years of senior municipal financial management experience, presented the award.

"Receiving this prestigious award is an amazing accomplishment for the city," he said. "It shows the city's dedication to the highest levels of responsible stewardship of the city's resources by following sound fiscal policies, effective financial planning, and transparency.

"It also reflects positively on the city's finance director, Isarel Perez-Hernandez. While preparing the budget is a genuine team effort, the GFOA has recognized him as the individual primarily responsible for achieving this award. And appropriately so. In less than a year after he was appointed finance director, Isarel led the preparation of the city's budget to the highest levels of professional financial management."

The GFOA was founded in 1906 and represents public finance officials throughout the United States and Canada. This is the first time the city has received the award. The criteria are challenging, with over 21,000 participants in the program. Guidelines assess how well an entity's budget serves as a policy document, financial plan, operation guide and community device.

"This award is a testament to the government's commitment to producing annual reports that evidence the spirit of full disclosure. Award recipients have pioneered efforts to improve the quality of budgeting and provide an excellent example for other governments throughout North America," said Levine.