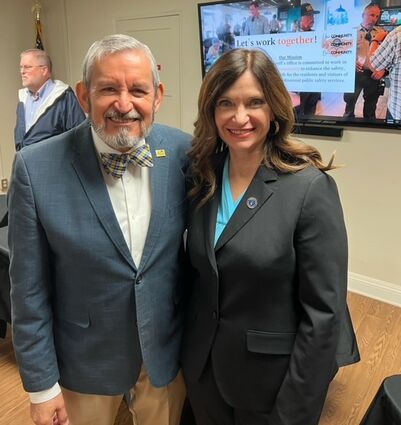 City officials and residents gathered on March 8 to discuss the recent increase in crime during a public safety forum.

Various local officials, representatives and law enforcement were in attendance to talk about how the community could get involved in helping to reduce criminal activity in Wasco.

"The meeting was organized because there is a rise in crime here in our city; some of it is violent crime. Residents are concerned that not enough is being done about it," Mayor Gilberto Reyna said. "Recently, we have had more shootings which is something that didn't happen before or was very rare. People are really on edge about that, and they have the right to be. With this forum, we explored ways that we can all be involved to diminish this wave of crime."

"I don't want you to think you have to police. I know the term can be a little misleading, but that is not what we are asking you to do," Meza said. "It is a strategy of policing that focuses on developing relationships with community members. That means that law enforcement still has to do the policing, but we rely on relationships."

She discussed the importance of establishing Neighborhood Watch groups.

"We need people to be our eyes and ears. We want community members to get involved by reporting crimes and working closely with the sheriff so that we can have a positive impact on the crime that we are having," Meza said.

A Neighborhood Watch is a group of citizens who come together to reduce crimes in a specific area.

The core reasons for the increase in crime are multipronged.

"The problems are laws of this state," Kern County District Attorney Cynthia Zimmer said. "Some laws have been passed in California that has decreased the amount of consequence that people involved with crime suffer."

Reyna agreed some of the recent laws are an issue.

"These laws, in my opinion, allow criminals to think they can get away with it. Some of these laws, like Senate Bill 81 and 483, have removed criminal enhancements that have resulted in less prison time for offenders and makes it more difficult to add a longer sentence," Reyna said.

"Even so, I want you to know that we are working very hard to do what we can to protect you. It is our number one priority, but we need to think carefully about whom we vote for," Zimmer said.

"We need to talk to our legislators strenuously about how they vote on these particular bills. It is important whom you vote for, but you also have to hold their feet to the fire when they get into office," Couch said. "We need neighborhood watch groups. I encourage all of you to go home and talk to your neighbors and get in contact with Meza to create your own."

"We need to work together to keep moving forward. We can't give up. It is common for us to be frustrated. I would encourage you to channel that frustration, not into anger at us or the others serving the community, but if you have an idea, share it, and grab a hold of the neighborhood watch groups," Hurlbert said. "The community has asked why we don't have our own police department, and the mayor and council have done several studies on this. It is expensive to run. Almost twice as much per year that we are paying for our sheriff's contract."

Hurlbert said it is still a goal. 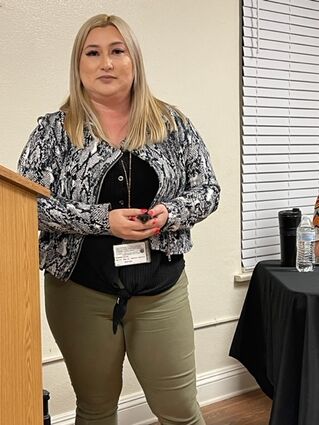 "Having our own police department is still the goal, and I think about it daily. It might take an increase by 1% on sales tax, and it is my job to figure that out," he said.

"We are doing everything we can and are committed to working in partnership with the community to strengthen our safety and security," Shinn said.

Reyna said he plans to continue the conversation.

"I want you to know we will have more of these town hall meetings so that we can we can be in communication and see the progress," Reyna said.