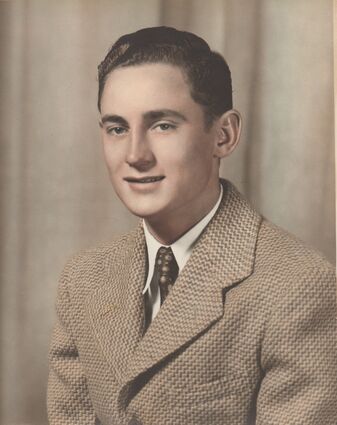 Lannis Joseph Cates was born Nov. 20, 1927, in Quinton, Okla., to Lela Mae (McKee) and Curtbirth Cornelius (Slim) Cates. He passed away peacefully on May 7, 2022, into the arms of Jesus. He joined his beloved wife of 73 years, Judy Faye.

Lannis spent his first 16 years in Oklahoma. Times were tough, and in the summer of 1943 the family moved to Shafter. He started at Shafter High School and graduated in January of 1946. Lannis and Judy met at Shafter High and married in September of 1947. They lived the remainder of their lives in the Shafter and Bakersfield area.

Lannis had a strong work ethic that began at a very early age. He was a man of high integrity; his word was his bond. Lannis was a math whiz and could build or fix anything. Because of these abilities, he held various occupations and provided well for his family. This incredible drive would continue even into his 90s!

Lannis and Judy started their family in 1950, when their daughter, Patricia, was born. They moved to Shafter in 1955 where their son, Alan, was born.

Lannis was very involved with his family. They attended church regularly and he made sure that God was a part of their lives. Lannis was a coach for his wife's, daughter's and son's ball teams and won several championships. He was also a scoutmaster, and a positive role model for many.

Lannis and Judy's grandchildren and great grandchildren were a huge part of their lives. From ball games, 4-H projects, volunteering at school, helping with homework, they always made time to be at any and all events and "loved each of them a whole world full."

Lannis' grandfather was a Mason, and he always wanted to be one. In 1963 he joined the Masonic Lodge and has been an active member for 59 years. He became a member of the Scottish Rite and was honored being made a 33rd degree. He also joined the Shriners because he admired the work the Shriner Hospitals do for crippled children. Over the years Lannis achieved many titles and volunteered wherever he was needed. Through these organizations he and Judy made many friends and enjoyed traveling all over the United States and Canada. 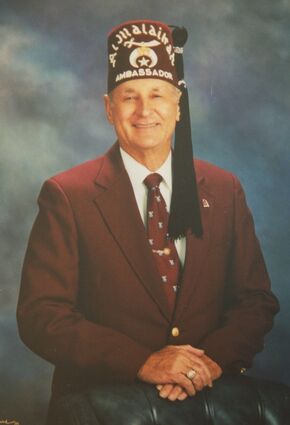 Lannis was preceded in death by his loving wife, Judy Faye (Marchman) Cates, his parents, Lela Mae and C.C. Cates, his sister, Elmetia (Cates) Rose, and brothers, Wendell and Oliver. He leaves behind his brother, Billy Cates.

We thank the staff of Carrington of Shafter and Hoffman Hospice for the care given to Lannis these last 4 years. In lieu of flowers, please make donations to Shriners Hospitals for Children at shrinershospitalsforchildren.org.