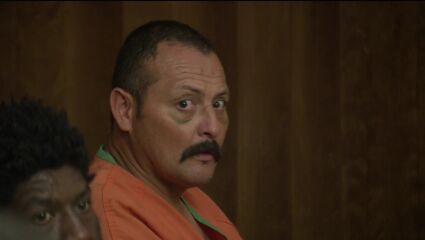 Steven Flores Garza, who killed two people and injured a third when his vehicle collided with a Honda sedan in 2018, was convicted of six charges, including two charges of second-degree murder in the case, the highest possible penalty involving a DUI case. Garza faces 35 years to life in prison.

Garza, who at the time of the 2018 accident was driving on a suspended license, had five prior DUI convictions before the fatal crash.

In this case, Garza was being chased by local authorities when he attempted to pass a Honda sedan being driven by Marcos Ocampo-Carrillo. Ocampo-Carrillo turned on his left-turn signal and attempted to turn onto Burbank Street from Highway 43. It was at this time that Garza, traveling more than 100 miles per hour northbound in the southbound lane, approached the Honda from behind. Garza crashed into the drivers side of the Honda, ejecting Carrillo's two passengers, who were not wearing seat belts.

The passengers were pronounced dead at the scene.

Garza had previously been convicted of driving under the influence five times, and was on probation at the time of the collision.

Garza is not the first in his family to be convicted of murder in a DUI case.

On Jan. 17, 2011, Albert Flores Garza, Stephen's brother, was under the influence and ran a stop sign at the intersection of Riverside and Highway 43, The resulting collision caused the death of 19-year-old Manuel Cantu, along with Hans Marlette, a father of three children. Albert was convicted of two counts of second-degree murder and was sentenced to 31 years to life in prison. The collision of Steven Flores Garza occurred only a mile from the collision scene caused by his brother in 2011.

District Attorney Cynthia Zimmer said that Garza knew the consequences of his actions and needed to be tried to the highest point of the law. "When someone is well aware of the dangers of drunk driving does so anyway and causes death, we will prosecute them for murder. Then repeat DUI offenders cause deadly collisions, they prove themselves a public safety risk that cannot be tolerated, and a life sentence is appropriate."

Garza is set to be sentence Wednesday July 20, by Judge Gloria Cannon.