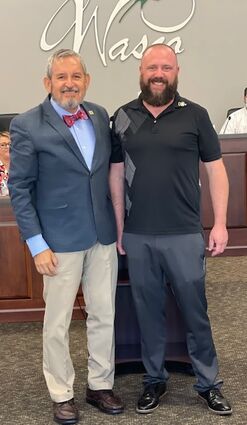 The Wasco City Council passed an ordinance that will make it illegal to possess any catalytic converter that is not attached to a vehicle unless the possessor has valid documentation or other proof to verify that they are in lawful possession of the converter.

The ordinance addresses the dramatic increase in the theft of catalytic converters from last year.

The Kern County Sheriff's Office reported 27 stolen catalytic converters in 2021, with another 27 reported just past the six-month mark of this year, doubling the theft rate.

Replacing a catalytic converter – a critical antipollution device required in all late-model vehicles – can cost about $2,500.

The report further added that Wasco victims have paid approximately $135,000 for 54 catalytic converter thefts. As a severely economically disadvantaged community with a median household income of $39,291, this significantly impacts residents who would have to replace the catalytic converter to make their vehicle workable again.

"This ordinance is something law enforcement needs to address the pandemic of catalytic converter thefts in our community. The Sheriff's Office fully supports this," said Sergeant Charles Shinn, supervising officer in the Wasco substation.

"This will make it a misdemeanor for anyone possessing a catalytic converter without proof of ownership. A thief is not going to have that," said Mayor Gilberto Reyna.

In other actions, Jeremiah Skeels was appointed to serve on the Planning Commission until the end of the year.

"This will give us a full commission for the first time in a while," Hurlbert said, 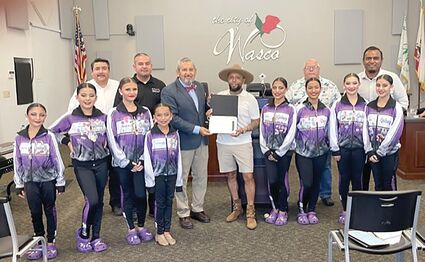 Mayor Gilberto Reyna and the council presented Planet Dance Studio Director Jacob Hernandez and dancers with a certificate of recognition.

"I am looking forward to this opportunity to serve this city," said Skeels.

Planet Dance Studio received a certificate of recognition for the positive impact the organization has made in the community by empowering youth through the art of dance. The studio will celebrate its 20th anniversary this year and has trained thousands of students.

The dancers have competed in and won state and national competitions for their superior talents and skills.

"I am honored, blessed and grateful for this award, especially coming from the community. I am also very proud of all of our dancers," said Director Jacob Hernandez. "Thank you for 20 years and for keeping our dreams alive."

For the studio's contribution, Mayor Reyna presented Hernandez with a key to the city.