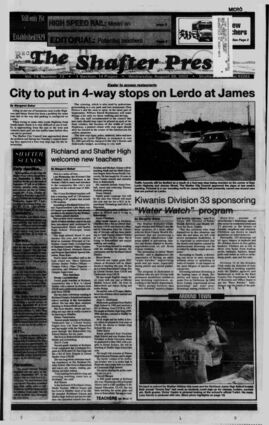 One of Shafter's busiest intersections got a new 4-way stop light added at the intersection of James Street and Lerdo Highway.