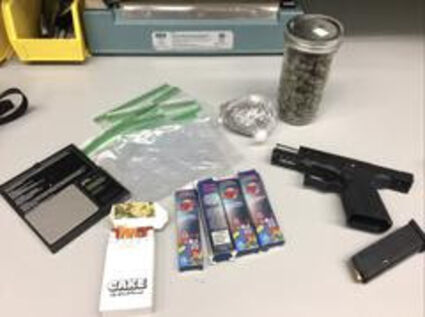 A gun, ammunition and drugs was taken from a student at Independence High School.

A student carried a loaded firearm and marijuana on the Wasco Independence High campus until school staff seized the items on Monday, a Kern County Sheriff's Office advisory report.

School staff secured the firearm without incident and contacted the sheriff's office. When officers arrived, they found a loaded 9mm"ghost gun" – an illegally manufactured firearm.

The sheriff's office said it appeared to be an isolated incident, and there was no ongoing threat to students. No intention to harm students or staff was determined.

Kevin Tallon, acting superintendent of the Wasco Union High School District, said, "Thankfully, no one was hurt, and the disruption of normal school activities was minimal."

He said that the safety and well-being of students and staff is the schools' top priority.

"The district would like to acknowledge the fine work by the school staff and the rapid response by the Kern County Sheriff's Department in helping to resolve this incident," he said.