Commanders gearing up for a new season 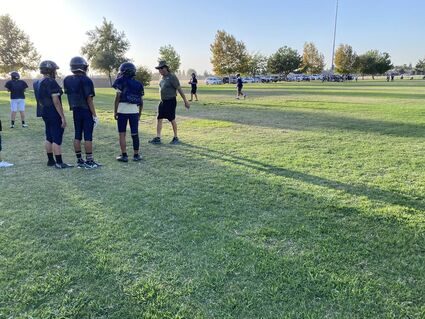 The freshmen team does a drill for agility.

The Shafter Commanders youth football program is preparing for its first games of the season, which will be played on Saturday, Sept. 10.

The opponents have not been named yet. "The Bakersfield teams got their equipment late, so they hadn't prepared the schedule yet. We should know our schedule in the next day or two, " said Freshmen Coach Louis Torres.

The Commanders are a part of the Golden Empire Youth Football program. They compete against other county schools. "Just about every high school has a youth team that competes in their area, such as teams from the Liberty, Stockdale and Centennial area."

There are four teams, a Freshmen, Sophomore, Junior Varsity, and Varsity teams. The players are from ages 6-14.

The teams had some success last year, with two making the playoffs. Earlier this season, the Shafter junior varsity won first place in a 7-on-7 tournament up north, competing against teams from all over the Valley.

The Shafter teams have an impact on other teams, including the Shafter High Generals. "In some ways, we are a feeder program for the high school. We teach the kids proper technique, and the offense and defense schemes, then when they get to the high school level, they are already ahead of the game," said Torres.

The coach said that a couple of coaches that are on the youth program's varsity staff are also on the Generals coaching staff. "We run the same offense and defense as the high school teams, getting them ready to go at the high school level," added Torres. 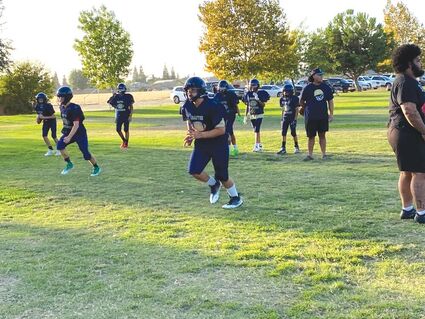 Coach Pete Espinoza said that this year, the Commanders have three quarterbacks on the squad, giving the team a lot of depth at the position. Samuel Mormayare, Marcus Rivera and Miguel Quiles will be competing for the Commanders. All three of the players say that having fun with their teammates is what they like most about playing football.

The payoff for playing on the team is not just a win on the field, either. Parent Robert Leon, who has three kids playing in the program, said that it helps them on and off the field. "It teaches them discipline, teamwork – gives them confidence," said Leon.

The coaches say that support from the community is great. The team got new helmets for this season as part of that support.

And their connections to the community – and the high school goes deep. Torres said one thing was sure, "We are going to beat Wasco!"