A celebration of Mexican history 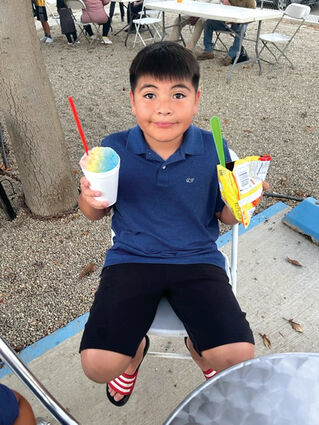 Neveria la Pera hosted a Mexican Independence Day celebration as part of Hispanic Heritage month. It was a free event for young and old to unite and honor the Mexican holiday.

Owner Esperanza Melendez said, "It was my first time, and I was surprised with the turnout. I would like the city to support more events like this.

"I put a lot of effort into planning. It was something for the whole family. I always aim to keep my community entertained."

Melendez said it was especially important for the youth.

"This is a way to keep them out of trouble while participating in something that educates them about our Mexican traditions and customs."

Independence Day is one of Mexico's most important holidays, celebrated worldwide by Mexicans and Mexican descendants. It commemorates when Mexico declared freedom from Spain, spurring a revolution after being under the country's rule for 300 years.

This year marks its 212th anniversary.

"It is something special in Wasco to celebrate. Most people my age don't know about Mexican Independence Day. It's a great occasion to appreciate our roots," said Yeidin Contreras.

"Anyone is welcome to have fun and enjoy this festivity with family and friends. Viva Mexico!" she added.

Music was provided by Toni Garcia, playing and singing cumbias, corridos and charangas from the Mixteca, Oaxaca, region in Mexico.

"This event is intended for one to remember Independence Day. I tried to bring fun energy with my music for guests to dance and enjoy," said Garcia.

The band El Ausente also performed for the audience.

Mayra Contreras said it was something new for the community. "The food was delicious, and I can't wait to dance."

There was a dancing competition, and the winner received a gold ring.

Mayra Franco said there were lovely decorations. It was her second Independence Day event, and she was really looking forward to it.

"In school, I learned about Mexican Independence Day. I find it interesting that it is part of our legacy. I feel proud to be a Latina," said Franco. 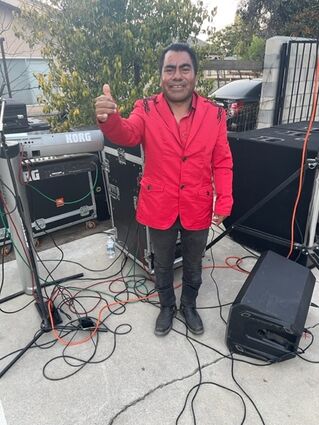 Toni Garcia kept the crowd happy with his selection of diverse Mexican music.

"I was invited and thought it was a good idea to help bring awareness about our culture. I like how people wore clothing from our Mexican customs," Cabellero said. "Guests were dressed in different styles from various regions of Mexico, and seeing that variety was nice."

"I saw that people enjoyed themselves, and I think it's great for the whole community to come together to celebrate our rich Mexican past."