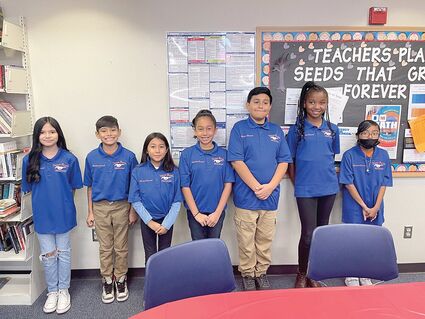 Members of the student council helped put on a great event.

Teresa Burke Elementary School hosted its 8th annual Veteran's Day program to honor the great men and women who have served our country through their time in the US military.

It was a warm lineup of activities, including playing the national anthem, an introduction of the veterans, poems read by members of the student council and a song written by Lee Greenwood called 'God Bless the USA,' which was performed by the students and staff.

There was also a moment of silence for the veterans that have gone.

In preparation for the ceremony, students completed reading assignments about Veterans Day to understand the significance of the holiday.

A special component was the letters the students wrote thanking the veterans that were then presented to them. Students also designed patriotic hats and other artwork to brighten the festivities, all with the intent to highlight those that have fought for our country's freedom and liberty.

There are veteran staff members at the school, such as Principal Ms. Monique Goodwill, who was also celebrated.

The day was to recognize generations of patriots who have earned the title of 'American Veteran.'

"We give thanks to the esteemed veterans who attended for their selfless acts protecting our great nation. We owe them an incredible debt we can never pay back. Today we salute to you," Ms. Goodwill said.

Vice Principal Mrs. Jan Hummel said, "They are setting a great example for our students. This is an event our students look forward to every year."

Instructional aid Mariah Rede said, "It was a successful way of showing the students the impact veterans have made in the community."

She added, "My kids practiced their song and watched videos about veterans and their history."

Veteran Arnold Delgado served at Camp Pendleton for four years as a machine gunner. He said it was great to meet some of the other veterans that attended.

"It was nice to have recognition for our local veterans," Delgado said.

He shared that he felt proud to have enlisted because he always had an interest in the military growing up.

"I was able to travel and see the world."

After the ceremony, there was a reception for the veterans, staff and student council members.

Student Julianna Marquez said the best part was talking to some of the veterans.

Veteran Bernardo Palacio said, "For us to come and be thanked, we want to thank them as well for their hospitality. This is my third year coming. I loved it." 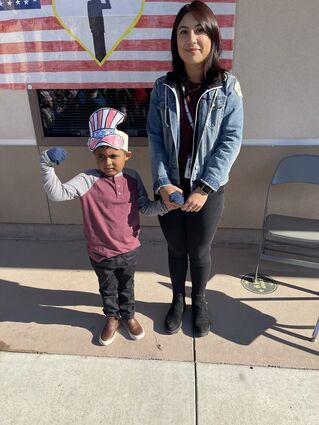 He shared, "I enjoyed the singing of 'God Bless the USA' because it reminded me about prior and future service members and their sacrifices. The thank you letters from the students were also very touching."

Steven Reveles served in the US army from 2010 to 2018. He enlisted right after high school.

"It was always a dream of mine. I wanted to follow my dream and prove to myself that I really could do it, and that is the message I want to send to the schools," Reveles said.

James Medrano is a commander for the Wasco VFW. He said that with the event, he felt honored and flattered.

"They put on a good program, and I liked the poems that were read. The student council was very confident when they stood up to the microphone and gave their speeches. I was very impressed. They did a good job."