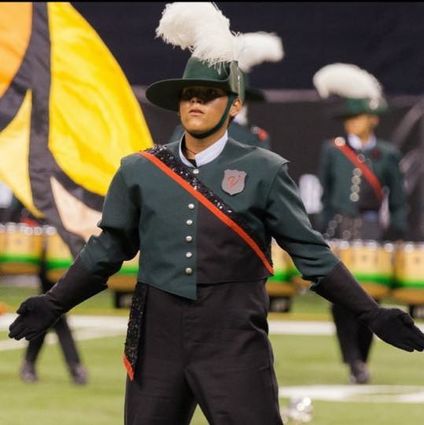 A musician who is a Shafter High graduate will be traveling to Japan in the spring with the Bakersfield Youth Symphony.

The Japan trip is made possible by a Sister City program with Wakayama, Japan.

Juan Buenrostro began music in the fourth grade under the guidance of Band Director Ken Gross. He plays the trumpet and has received several honors throughout the years. Juan was in the Honor Band, Honor Choir, and many other achievements. One of the highlights of his musical experience was the time he spent playing in the Santa Clara Vanguard Drum and Bugle Corps.

Vanguard is a nationally ranked team that has won the national championship and spends the summer months touring the United States to different competitions. During Juan's time there, they marched in the 2017 Rose Parade in Pasadena.

"When he qualified to play with Vanguard Juan was only 14 years old. He was one of the youngest members there so I traveled with them," Juan's mother, Sandra, said.

The team would spend almost 14 hours at a time in rehearsal. "I saw those kids sweating, crying, working so hard, but when they have those championship rings on their fingers," added Sandra Buenrostro.

"I am so excited for Juan that he gets this awesome opportunity. This will be something that he will remember for the rest of his life."

The BYSO tour will be April 12-20, during spring break, and cost approximately $2,800 per student.

The Sister City program grew out of a "People to People" project started in 1956 by President Dwight Eisenhower. He reflected on his military background and came to the conclusion that there must be a better way to settle disputes between nations than going to war. He called a meeting of people from across the United States and charged them the job of finding a way to search for world peace through a cultural exchange program. Out of that challenge came the Sister City Program. Today, around the world, there are hundreds of Sister City affiliations bringing people together where friendships are formed, cultural understanding takes place, and long-term community partnerships are formed. 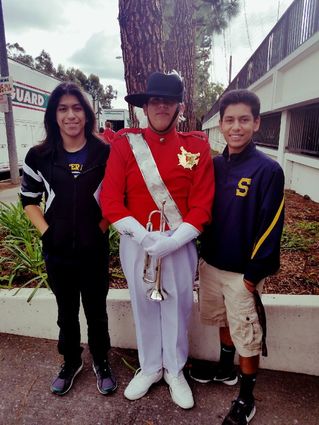 Juan Buenrostro is flanked by his two brothers Alex and Samuel who are also musicians.

The relations between Bakersfield and Wakayama officially began in 1961, when the Bakersfield City Council adopted a resolution establishing a friendship with the City of Wakayama, Japan. This action was shortly followed by Bakersfield Mayor Gene Winer appointing a People-to-People Steering Committee to oversee the Bakersfield-Wakayama Sister City relationship. Later, the Bakersfield Sister City Project Corporation was created. Very soon Bakersfield officials and citizens were traveling to the new Sister City, where they were overwhelmed by the friendly reception. In return, delegations from Wakayama began to visit Bakersfield, forming lasting friendships that continue to the present day.