Children's Art Workshop is a show of its own 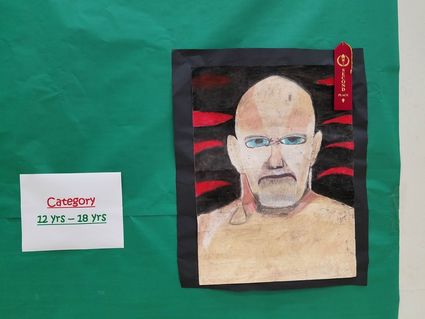 The Colours Festival that was held last month gave the community a chance to connect with their artistic sides, be that in attending a play or appreciating works of art at the gallery or listening to a symphony. It also gave participants a chance to express themselves by showing their work

The event offered an avenue to display that talent, and children participated as they attended the Children's Art Workshop, held at the Shafter Youth Center. 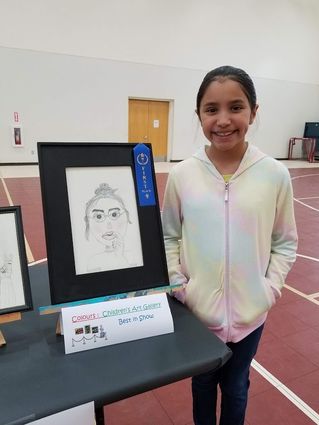 Jeshua Stewart, a student at Wasco High School, won an award for this drawing that he did in chalk.

Kids of all ages were able to create their own works of art, to be judged and displayed for all attendees to see. There were a variety of mediums used, including painting, sketching and sculpture. There were several different age categories, and prizes were awarded for those who placed. There was also a workshop held which gave the kids a chance to work with a local artist, Nicole St. John, who helped them create finger puppets. The children made the puppets with her aid and then performed a puppet show with their creations.

At the end of the workshop, all of their works were put on display, allowing parents, family and friends to see their creations in a gallery setting.

Winners for the event included Justin Crane, who won in the 5 and under category, and Jose Curiel, who won the 6-8 division. The 9-12-year-old division was won by Christopher Castaneda, and the 12-and-over category was won by Ariel Ramos. Ariel also won the Overall Best in Show Award.