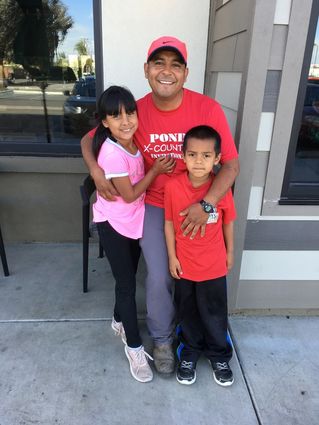 Athletes come from all over the United States to compete with the Pond Running Club.

"They compete first in the Central California area, and after qualifying, then compete in the regional, which could be the East Coast, West Coast or Midwest," says founder and coach Humberto Vargas.

Students from McFarland, Delano, Wasco, Arvin, Lamont, Richgrove and Shafter compete for the local club. "There are a few kids from Bakersfield who also participate," he says.

"Last year's nationals were held in Greensboro, North Carolina. This year's will be in Sacramento, and next year's will be held somewhere in the Midwest," Vargas added. "They try to rotate the location every year."

"In addition, last year we had 23 students who qualified for relays, 4X4, 4X1 and the 800 meter open," Vargas said. "The events athletes compete in include long jump, triple jump, relays, shot put and discus."

Practice begins the beginning of May, under the guidance of the United States Association of Track & Field, or USATF.

"In addition, under the USATF, the athletes will compete under the Junior Olympic Association," Vargas said.

The students go to meets at different parks in the central valley. The state meet will be in Sacramento this year from July 21-28. All qualifiers from USATF will then head to the Junior Olympics. 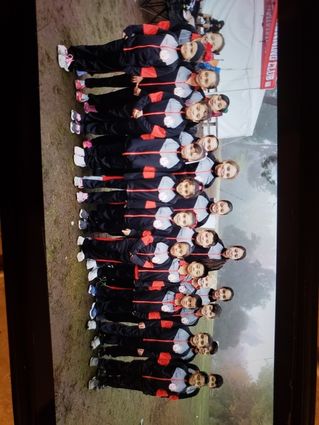 Vargas also stated that the club takes kids from 6 years old all the way to high school.

Even though the entry fee to belong to the club is only $20, Vargas explained the team does a lot of fundraising in order to attend the out-of-town meets during the season. "Last year, we took 43 kids to Rancho San Rafael in Reno to the International Junior Olympics."