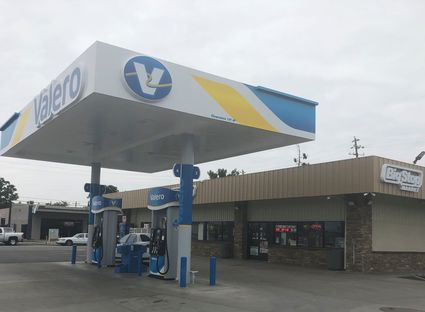 The Valero re-brand not only meant a new look, but also very competitive gas prices.

Big Stop Market, at the intersection of Lerdo Highway and Shafter Avenue, has been a mainstay in Shafter for over 20 years, serving the community not only gasoline, but some of the best food-on-the-go in town.

Gary Joshan opened the store in 1997, and he and his staff are big fans of the city. "We love the people and being in a small town. It has been great serving Shafter, and we hope to continue to serve this city for years to come."

Big Stop is popular for its deli, as well as the variety of items in the inventory, including staples such as low-priced milk, bread, grocery items, health and beauty aids and liquor.

A month ago, the business also became a competitive player in the gasoline market. Big Stop became a Valero station, which allows them to be more competitive in its gasoline pricing. "A big reason we decided to rebrand the store was to give the place a new and fresh look, but also to be competitive with a brand of gasoline that is quality and a lower price, allowing us to compete with the other gas retailers in the area, " Manager Lovedeep Joshan said, 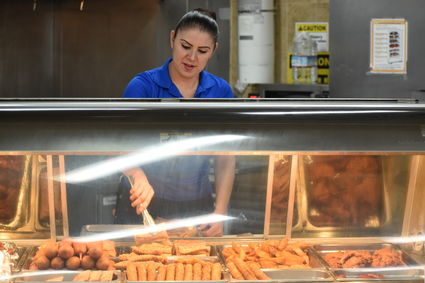 Gloria Lopez is just one of the friendly staff at Big Stop Market.

The result is a bright new look that makes the store more appealing from the outside, while keeping the same selection of product inside.

They also sell a variety of snack items, ice, fountain drinks and what they advertise as "the coldest beer in town." They open at 3:30 a.m. to serve those people who get an early to start in their work day, and stay open until 1 a.m.

Big Stop also offers a variety of services at the counter. "We are the only place in town that can process and take payment for your city water bills," Joshen said. "We also take all other utility payments, as well as cable bills and most telephone bills."

If you need to send or receive money, they can help you with that too. "We do money transfers and also sell money orders," said Lovedeep.

Propane is offered at the store, too, with a certified operator on hand to dispense it.